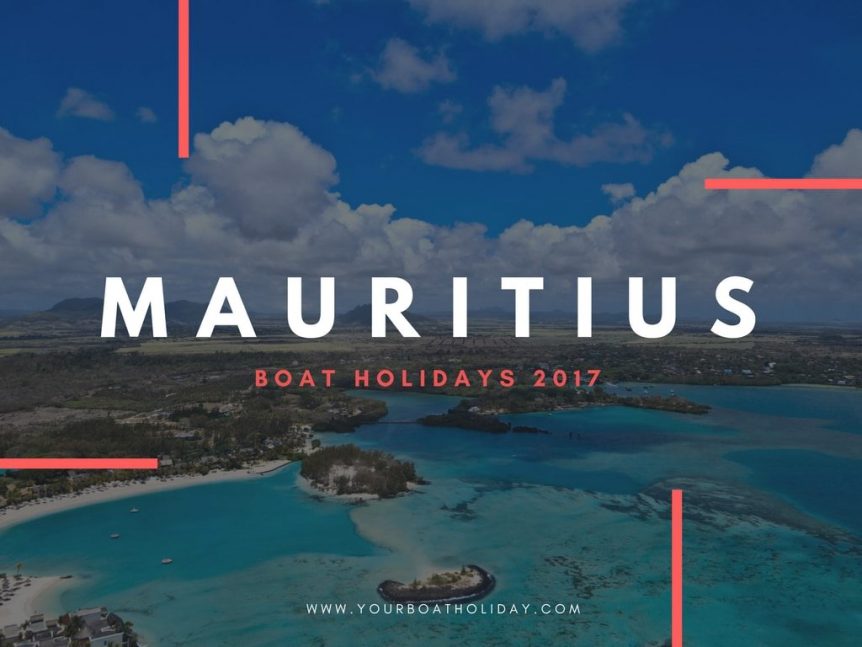 Mauritius is a melting pot of experiences, sights, sounds and cultures due to its colourful history determined by immigrants invaders, pirates, rum and sugar cane. Mauritius is renowned for its palm fringed beaches, world class resorts, lavish resorts and golf courses that are exquisite – as well as being among the most idyllic locations for yacht charter in the whole world!

The islands form an ecological region that has given rise to a lot of unique species of flora and fauna, of which the most famous was the dodo, but today contains a lot of giant tortoises and birds, bats. The group also includes the islands of Réunion and Rodrigues.

The island of Mauritius covers an area of 1865 kilometers with 330km of gorgeous shoreline protected from the swell of the Indian Ocean by the world’s third-largest coral reef forming natural, safe, and crystal clear lagoons. The isle is well famous for its natural beauty and Mark Twain is usually quoted as composing ‘You collect the idea that Mauritius was made first and then heaven, and that heaven was copied after Mauritius’ in his private travelogue, ‘Following the Equator’.

The history of Mauritius is one that is unique and as complex as the state itself. With them came waves of invasive species and workers that have resulted in the current population consisting of individuals from Hindu, Creole, Chinese, Muslim and European origins along with the depletion of many of the island’s indigenous species.

Discovering Mauritius aboard a boat with your loved ones

Catamaran Charter in Mauritius: The main port of Port Louis is the perfect starting point for your charter, offering a lot of provisioning, boats, and also lively nightlife. The most popular yachts are catamarans because their shallow drafts and closeness to the water make them ideal for swimming and exploring the coral reefs. More on chartering a catamaran.
Increasingly, Luxury Yachts and Super Yachts are finding their way to Mauritius. For people who are seeking perfect weather, amazing sea life, and also the aptitude to escape from it all, you could not ask for a better destination. More and more often yachts as opposed to the Caribbean, which avoids the Atlantic crossing and opens up all of the awesome Indian Ocean destinations such as Madagascar and the Maldives. More on chartering Superb and Mega Yachts.

We offer all sorts of boats in Mauritius: standard monohull sailboats together with catamarans, superyachts, cabin cruisers, and motorboats. All the boats are crewed (there are not any bareboat) as the ever-changing reef means that it must be navigated by someone who understands it like the back of their hand. View just a number of the boats under or contact us and we’ll take good care of everything!
Empyreal weather and the amorous isles also make Mauritius the perfect destination for a honeymoon charter. A crewed yacht will spoil you as well as offer you all that you dreamed of on the perfect honeymoon.

Neighboring Mauritius, 200km southwest, is the less famous Réunion Island. With an active shield volcano, Piton de la Fournaise, on its south coast, it is similar in nature to Hawaii and is covered with mountains and woods supporting a whole slew of wildlife. This rugged island offers innumerable remarkable hiking and photo opportunities.

Rodrigues is a colony 550km east of Mauritius and is called the Cinderella of the Mascarene Islands. Small and beautiful, Rodrigues twinkles like a tiny star in the Indian Ocean waiting to be found by the most intrepid of adventurers.

Mauritius enjoys a generally tropical climate with temperatures ranging from 25-33°C (77-91°F) in the summer (December – April) and 18-24°C (64-75°F) in the wintertime. The southeast trade winds decrease the humidity and cause the east coast to be slightly cooler and wetter in relation to the west. The best time to see Mauritius is between the months of May to early December, the peak cyclone months though the cyclones barely strike the island itself, falling in January and February, they’re best averted by those desiring to be out on the water.

Mauritian cuisine is an assault on the senses, a sumptuous mix of Creole, Indian, European (mostly French), and Chinese influences accompanied by the isle’s ability to produce lush and brilliant fruits.

The most famous dish is the Creole Curry, a spicy and hot curry made out of chicken, beef, or fish and an absolute must-try on your own trip.

Their time has also left a penchant for various other flavorings and British tea to the Mauritian’s, the plantations for which can be seen all over the isle. Without mentioning the Rum, made from the sugar cane that was introduced to the island by the Dutch in the early 17th century, one can’t discuss the cuisine in Mauritius. Mauritian rum is mostly used for local distribution and they have actually let their creative juices flow with different flavored rums available and used broadly in the countless cocktails made regular on this particular paradise isle!

Mauritius is a real Indian Ocean heaven. Our expert Charter Managers are perfectly placed to assist you and know the area and the boats, and can find you the ideal charter yacht, be it bareboat, crewed, sail, motor, or catamaran. Contact us and we’ll recommend the top yacht for your Mauritius boat charter.

Norman Island: Discover the “treasure” island aboard a charter yacht!

SW100DS Far And Wide Sailing Yacht for Charter in Italy

Daniel Saulter
07:43 23 Oct 21
Our family had an excellent week on board M/Y Funsea, touring the Saronic Islands and Greek Coast. Amazing food, scenery, local culture as well as plenty of water sports. The crew were top-notch, great service, excellent menus and good advice throughout the trip. Thank you.

lars ahlgreen
14:00 27 Sep 21
BEST EVER.... we had an amazing long weekend aboard the Soleanis II, the staff was incredibly service minded and helpful, and the chef was just brilliant... so much we in fact cancelled onshore dinners plans in Capri and Positano. Giulia was super helpful and made sure we had a truly memorable trip.... definitely going with YOUR Boat Holiday again next summer