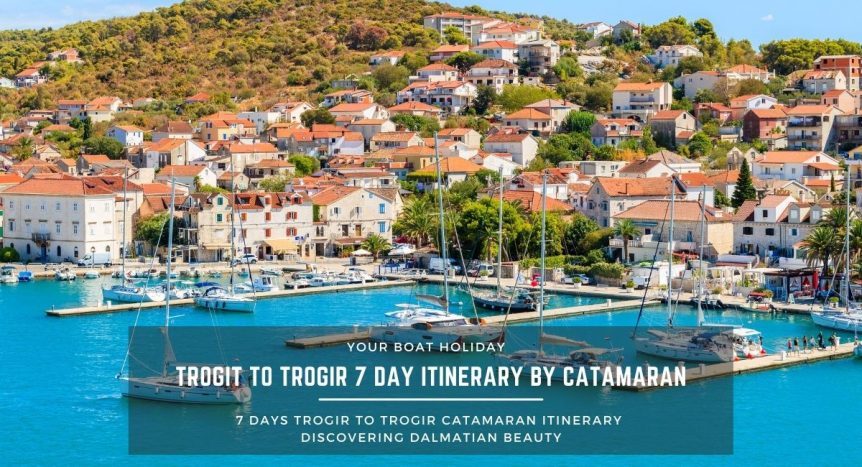 The city of Trogir is one of the best possible choices as a home base for exploring the Dalmatian coast on a charter boat trip. Located in a bay well sheltered from winds, Trogir is most famous for its medieval old town, built on a small island adjacent to the coast and which has become a UNESCO World Heritage Site.

If, on the other hand, exploring the cobbled streets admiring the architecture of the place is not for you, you will not be disappointed anyway. The area around the city is teeming with beaches for all tastes and forests where you can go for excursions into nature. 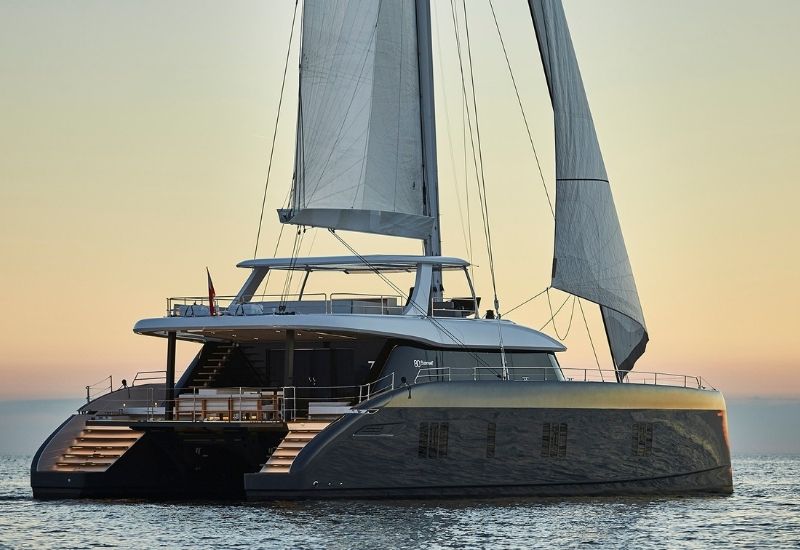 Our itinerary touches the best parts of the sailing area near Trogir, in the heart of the Croatian Dalmatian coast.

The many different options of itineraries and routes starting from Trogir allow you to have an incredible choice between destinations and experiences of all kinds, all at your fingertips. So get ready to: visit the majestic hilltop castle overlooking the party town of Hvar, appreciate the natural beauty of the blue cave just off the island of Vis, taste cocktails in a secret bay off Paklinski Otoci, or enjoy the local food and honey liqueurs typical of the town of Maslinica.

Related: How much does a Croatia yacht charter vacation cost? 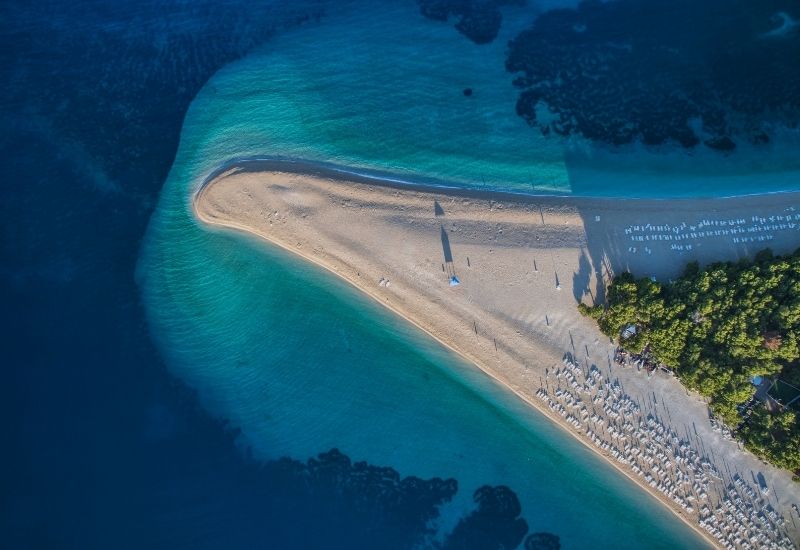 How to reach Trogir?

Trogir is located just a few minutes from Split International Airport, from which you can then take a taxi which reaches the marina in a few minutes. Your broker will be happy to arrange a direct transfer so that a taxi will be waiting for you at the airport as soon as you land.

Alternatively, departing from the airport or from the nearby Split city there is also various public transport (bus number 37) which stop in the city center, just a few steps from the three main Trogir tourist ports.

Recommended: What are the Most Luxurious Catamarans Available for Chartering in Croatia during Summer 2022? Let’s have a recap! 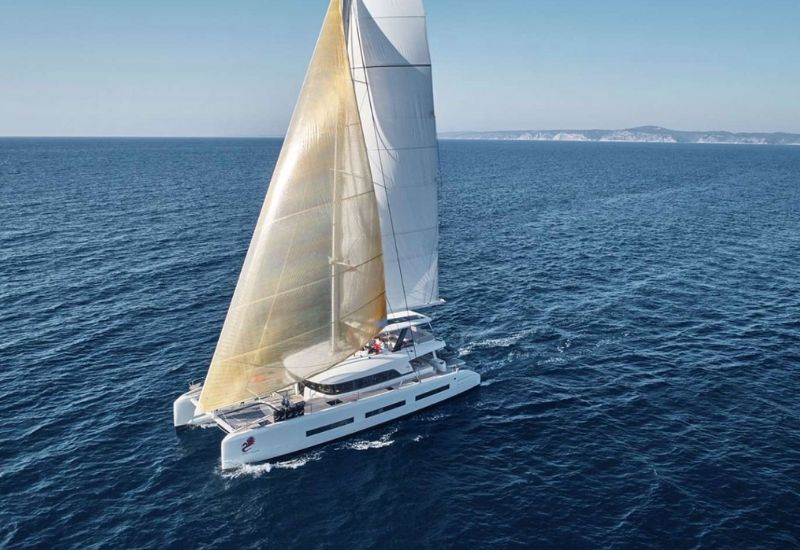 Trogir is one of the most popular starting points for sailing adventures in Croatia, with reliable sunshine and good wind throughout the summer.

This is due to the proximity of Croatia to the Alps and the Dolomites. Winters here can therefore be rather harsh while the summers, on the other hand, offer pleasantly warm temperatures for navigation, with the advantage, compared to other destinations such as Greece, that it is difficult to reach too stifling temperatures.

During the summer, winds, partly powered by the sun, are traditionally between force 3 and force 6 and are reliable to ensure navigation throughout the day.

Off-season sailing is a little less predictable, as there is no prevailing wind.

Not-to-be-missed: Have you ever visited Dalmatia by boat? Set sail from Split on your next sailing itinerary! 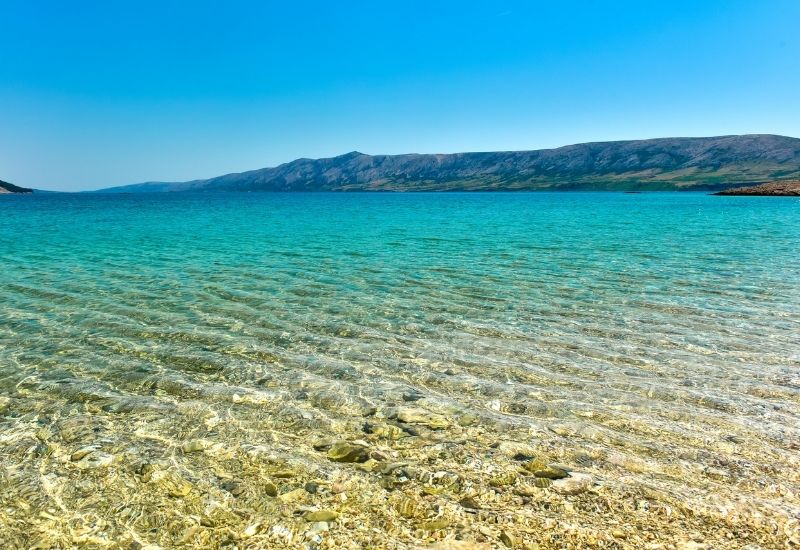 Our itinerary is designed to be experienced onboard a catamaran, but this does not mean that it is not possible to rent a different boat, such as a sailboat or a comfortable motor yacht.

What are the advantages of a catamaran? First of all, the greater living space that guests can enjoy compared to a normal sailboat; the double hull allows larger cabins and brighter common areas, the possibility of having a beach club in direct contact with the water, and greater comfort in the relaxation areas located on the decks.

Secondly, but not least, a catamaran allows for greater stability during navigation and better maneuverability during mooring. Aspects not to be underestimated, especially if it is your first rental.

Here’s our recommended 7 days catamaran charter itinerary from Trogir to Trogir, to sail around Dalmatia: – Day 1 from Trogir to Split – Day 2 from Split to Milna (Brac island) – Day 3 from Milna to Paklinski Otoci – Day 4 from Paklinski Otoci to Vis – Day 5 from Vis to Hvar – Day 6 from Hvar to Maslinica (Solta island) – Day 7 from Maslinica to Trogir 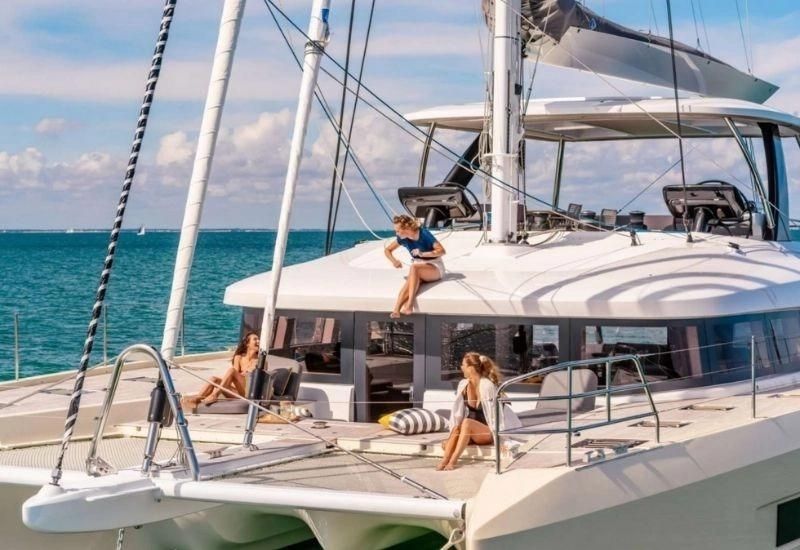 Here, then, are the stages we have chosen for this adventure in the splendid sea of ​​Croatia:

Departing from Trogir early in the morning, we travel the short distance that separates us from Split, where we spend the first day of our tour.

Split is the second-largest city in Croatia by population so, before setting sail for more peaceful and relaxing destinations it is right to get acquainted with this lively town.

Among its attractions, it is worth mentioning the Diocletian’s Palace, a small town within the city built in precious white stone that creates a striking contrast with the sea color.

The elegant city center streets and the seafront offer visitors the opportunity to shop while enjoying the liveliness of the city. If you are instead looking for nightlife, there is certainly no lack of it here, with a wide choice of pubs, clubs, and discos.

We leave Split behind us and head southwest away from Trogir, driven by a probable upwind. Once out of the Splitski channel, we aim the bow towards the southeast, that is, towards the island that appears in the distance, Brac. Here we stop in the beautiful Milna.

Milna is a charming town, full of historic buildings, including a bell tower that dates back to when Milna was part of the Venetian Empire (this marina was called ‘the bay of a thousand ships’ as hundreds of ships were built here in its shipyards) and houses a treasure of paintings by Venetian masters.

We head south to the next destination, which is a short distance away, just after passing the island of Hvar: Paklinski Otoci.

It is an archipelago that forms the “crown” of Hvar island since its shape resembles a crown. It is located a few minutes by boat from Hvar and is made up of about 20 small islands. So wild yet so fascinating, this group of islands will take your breath away. This string of small islands with low forests plunging into the blue sea, offers countless secluded beaches, coves, and rocky terraces facing the sun.

The fourth day of navigation takes you to the tour’s furthest point from Trogir. Setting sail early from Paklinski Otoci we reach, with a few hours of navigation, the island of Vis.

Vis is still largely unspoiled and it is the ideal destination for those looking for an experience between nature and tranquility.

For over 40 years a military territory off-limits to tourists, Vis still boasts a charm of mystery also because a few tourists choose to come here, discouraged by the island’s distance from the coast.

Vis is also a gourmet paradise, an ideal destination for good food and especially good wine lovers. Do not leave the island without tasting a glass of white Vugava or red Plavac Mali, two of the best Croatian wine labels.

We head east again towards the chicest of the Dalmatian islands: Hvar

Among ancient villages and the hundred thousand scents of lavender, sunny Hvar stands out.

It is the most visited island in Croatia and is considered its most exclusive spot.

Hvar city is an elegant medieval town enclosed within fourteenth-century walls, surrounded by pine forests, and overlooking a blue sea. Over time it has built a reputation as a “glamorous city”, where you can find luxurious hotels, elegant restaurants, and a long line of bars and clubs for young people looking for nightlife.

The Hvar city marina is one of the best anchorages in Croatia and maybe of the Adriatic Sea. It is also the best starting point to discover the hundreds of coves and bays that makeup Dalmatia.

Dubovica beach is Probably the most famous on the island, made of pebbles wet by a crystal clear sea.

From the lively and sometimes chaotic Hvar, we head to the island of Solta, to stop in the splendid Maslinica.

Maslinica is the only port on the western side of the island, surrounded by pine forests and sandy beaches. Originally founded as a vacation home for a wealthy family, the island continued to be attacked by pirates, so the owners built a castle here, which has now become the main tourist attraction.

Today Maslinica is an award-winning tourist city for being the best tourist destination in the Mediterranean with less than 1,000 inhabitants. Don’t leave without enjoying Croatia’s tastiest honey, brandy, and wine.

We end our itinerary by returning to Trogir for final greetings with the crew. If the time available to you before departure allows it, we advise you not to miss the opportunity to visit the beauties of this enchanting town.

What yachts are based in St Martin?

The Best Italian Destinations by yacht