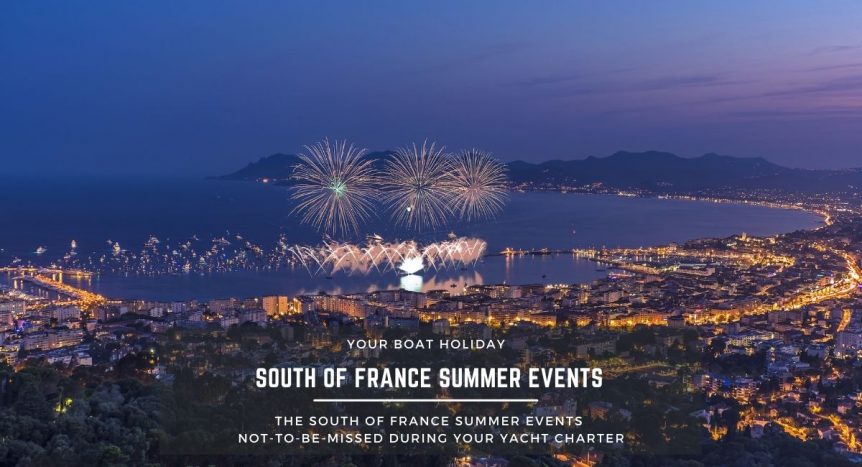 Music festivals, concerts, fireworks displays, sporting events, and much more. All this characterizes the summer season of the French Mediterranean coast, in particular the renowned French Riviera.

Those who rent a yacht or boat in the south of France and navigate these waters during the summer thus have a huge choice of events not to miss and directions to take based on their tastes and preferences. 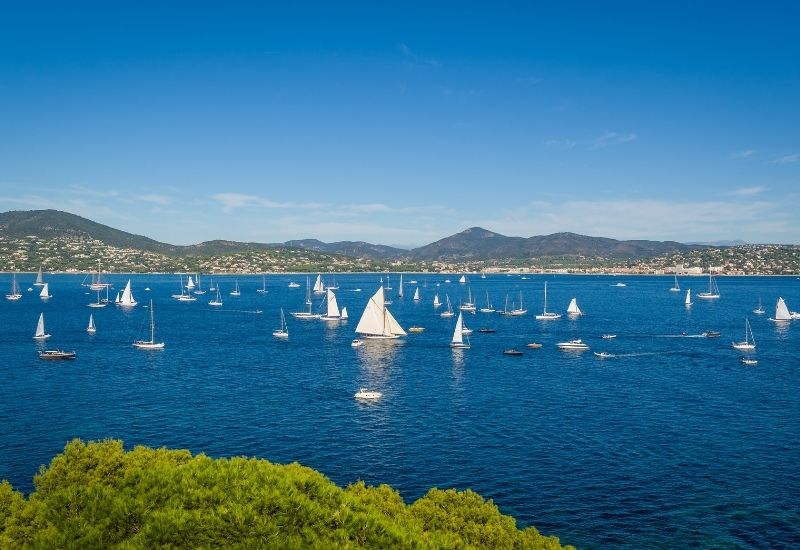 If you are thinking of a nautical charter in the South of France as your next vacation, below we offer you a list of events that enliven the summer in the main coastal towns

Music reigns supreme in Saint Tropez throughout the summer. Clubs with world-famous DJs and many musical events also on the beach characterize this enchanting and luxurious village.

Restaurants and clubs such as Nikki Beach and the Gaio club usually entertain guests with internationally renowned DJ sets, while those looking for outdoor fun can go to Baoli Beach. Located on the seafront, it offers a relaxed atmosphere during the day while in the evening it transforms into one of the trendiest and most lively club scenes on the Côte d’Azur.

For sports enthusiasts there is no shortage of events such as the “Classic Tennis Tour”, a demonstration tournament that is usually held in July at the Pierre-Philippot tennis club near the port, or the “Giraglia Rolex Cup”, a classic nautical regatta attended by historic sailing ships up to to the 35-meter yachts that compete in the waters between France and Italy, in the direction of Sanremo.

Finally, for those interested in classical music, Suquet Musical Nights, set up at the Notre Dame d’Esperance church in July, offers a program with orchestral and solo performances under the stars. 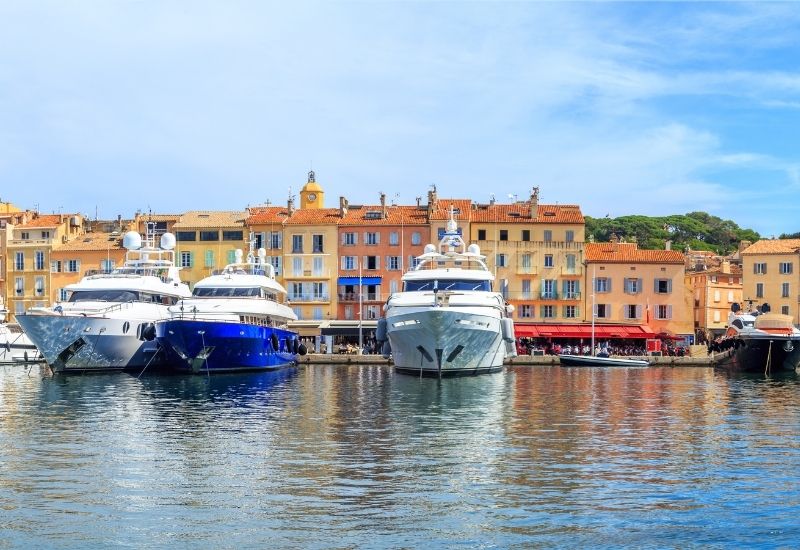 In addition to hosting the well-known and important movie festival, which takes place annually in May, and vibrant nightlife on the waterfront, Cannes is home to one of the most important competitive fireworks displays, the Festival of Pyrotechnic Arts. Some of the best pyrotechnic artists compete once a week in July and August, lighting up the night sky with their works. Judging the performances, as well as a qualified jury, also the sirens of the boats and yachts moored in the port and in the bay. The stronger and more lasting the sound, the more the performance was appreciated.

The spectacular fireworks displays take place on the Cannes seafront. The view from the ancient fortress located a few kilometers from the city center is priceless. 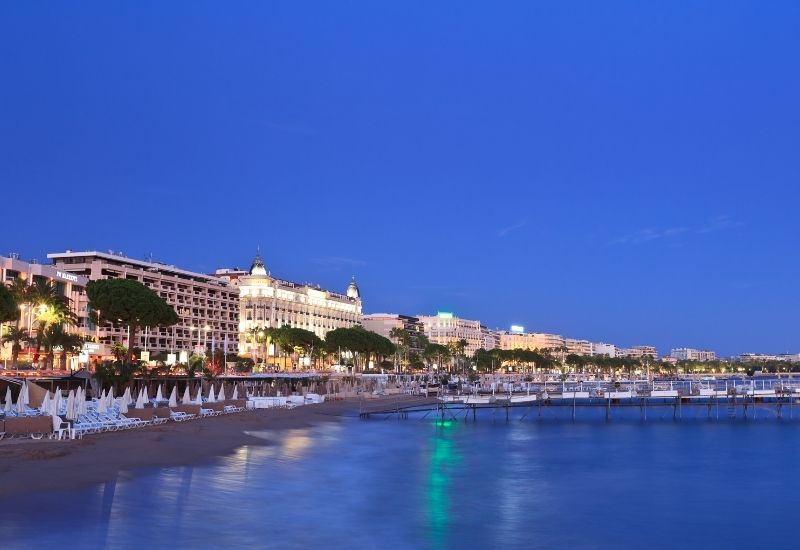 The most important event of the summer in Nice is certainly the Nice Jazz Festival.

Born in 1948 as a simple parade, in 1994 it was transformed into a modern and famous festival that hosted 90 pieces of this musical genre including Ella Fitzgerald, John Lewis, Pharoah Sanders, Bone Walker, and many others.

If, on the other hand, you are in the mood for disco music, go to the Plage Beau Rivage Beach Club. The evenings are based on international DJs while during the day it becomes the perfect place to relax on the beach with a light Mediterranean lunch.

Finally, if you are looking for an elegant setting in which to dine, our advice is obviously the Le Chantecler restaurant, two Michelin stars located at the Hotel Negresco, located right on the Promenade des Anglais, the main street of the city. Le Chantecler offers sublime contemporary French cuisine in a chic and sophisticated setting. 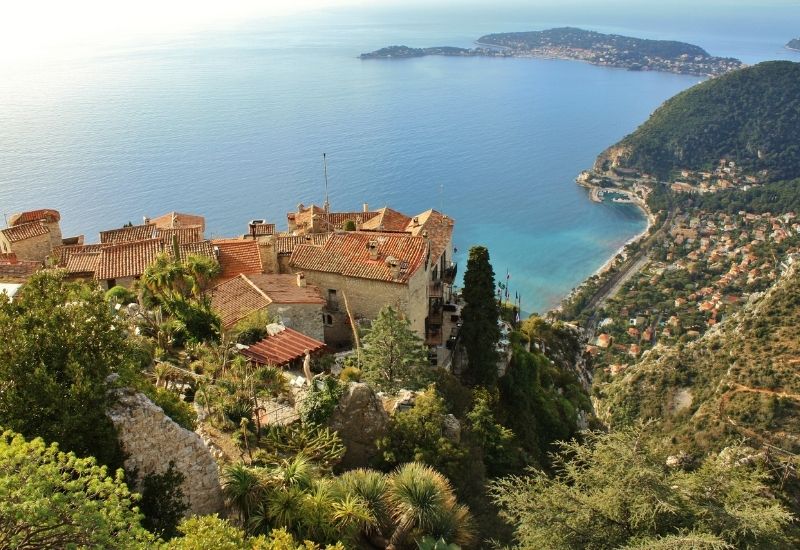 In addition to being a wonderful stretch of coast, with crystal clear, blue, and clean waters, Antibes and its magnificent promontory during the summer season are teeming with events and anniversaries of all kinds. Here are just a few examples:

It is the first major nautical event of the year and includes several competitions for all types of sailing boats. During the regattas, the bay of Antibes is filled with a wide variety of incredibly elegant vintage and classic yachts, some of which were built as early as the 19th century.

French national holiday celebrated on July 14 and which fills the city with various activities in memory of the storming of the Bastille which took place on the same date in 1789. The fireworks exhibition is highly anticipated.

Jazz a Juan is one of the largest music festivals on the French Riviera. Born as a jazz festival in the beautiful Pinède Gould, a pine forest by the sea, today it attracts international pop, rock, and electronic artists.

World music is the focus of this festival, but there are also competitions for emerging talents, workshops, and entertainment for children, as well as exhibitions and film screenings.

Antibes and Juan Les Pins celebrate their patron saint, Saint Peter, with three days of festivities. As Saint Pierre is also the patron saint of fishermen, many of the events take place in and around the sea with a nautical procession being the highlight. 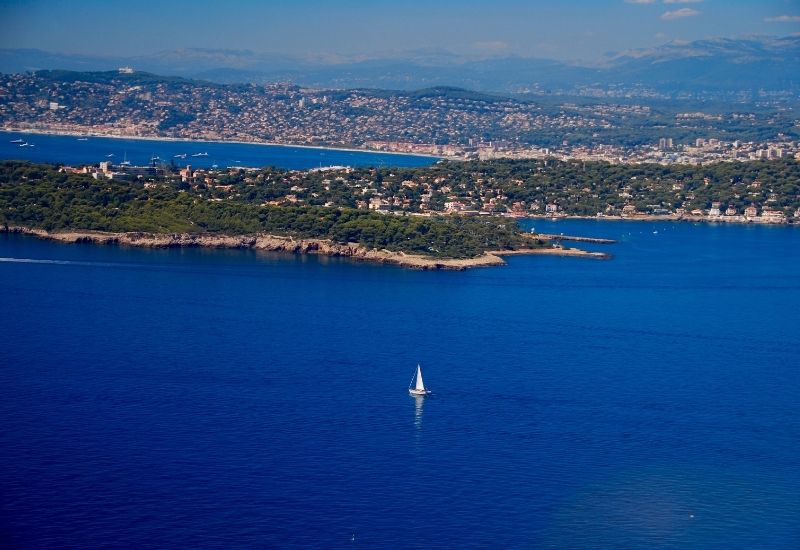 Events in the principality of Monaco

Always an icon of pomp and showcase for the most opulent yachts displayed in its marinas, the Principality of Monaco is known for its exclusive social scene, which makes it a must for tourists and an important crossroads for VIPs from all over Europe.

Also in this case it is difficult if not impossible to mention all the events of public interest that involve the city and its inhabitants during the summer season. We will limit ourselves to mentioning three that you certainly would not want to miss if you were around here on board your charter yacht:

The Monaco Grand Prix is a Formula 1 car race held every year on the city circuit obtained from the streets of the city on the last weekend of May, born in 1929, it is one of the most prestigious races on the Formula 1 calendar and is widely considered the most important car race in the world. You don’t have to be a car racing fan to get involved in this elegant and sophisticated event.

Established by the Munich City Hall in 1966, it is a traditional multi-colored musical fireworks display outside the port of Monaco that utilizes the world’s most dazzling fireworks. The show lasts about 25 minutes, thrilling the spectators with breathtaking shapes and colors, all accompanied by enchanting music.

It takes place at the Monte-Carlo Opera House and features both famous musicians and rising stars of jazz music. The sweet sound of jazz rhythms integrates perfectly with this opulent venue, a temple of modern arts. 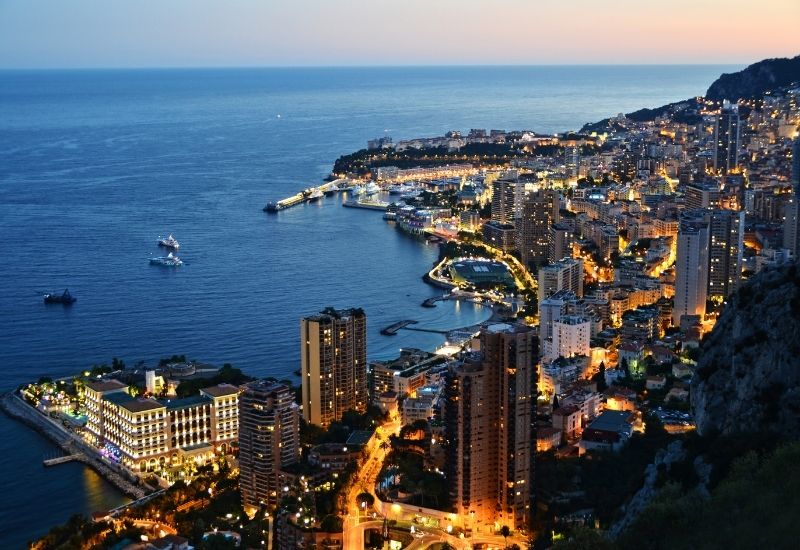 Visit Le Morne by yacht, in the Mauritius