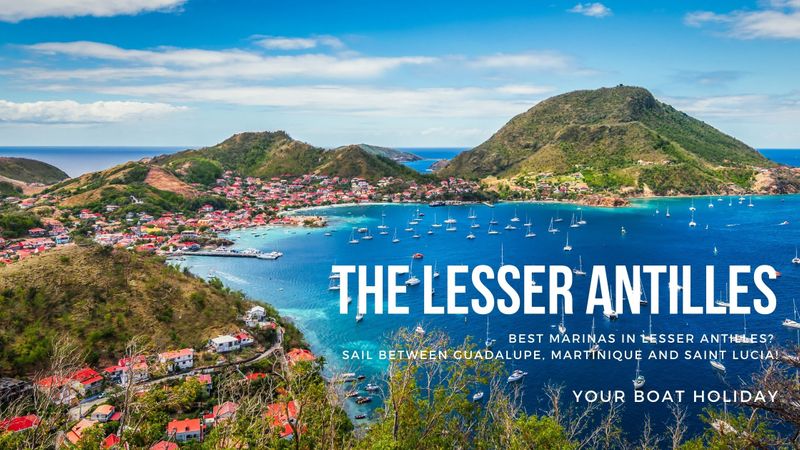 Guadeloupe, Martinique, and Saint Lucia represent 3 of the Lesser Antilles islands and are positioned right in the middle of that strip of islands that runs from north to south and defines the entrance to the Caribbean Sea for those who sail the Atlantic Ocean from east to west.

CONTACT US FOR YOUR CHARTER IN THE LESSER ANTILLES

In addition to being a paradise made up of enchanting beaches, rainforest, and a thousand shades of blue sea, these three locations are particularly appreciated by boaters who also choose them for their numerous landings and marinas located along the coast and make them ideal for organizing holiday itineraries by boat. 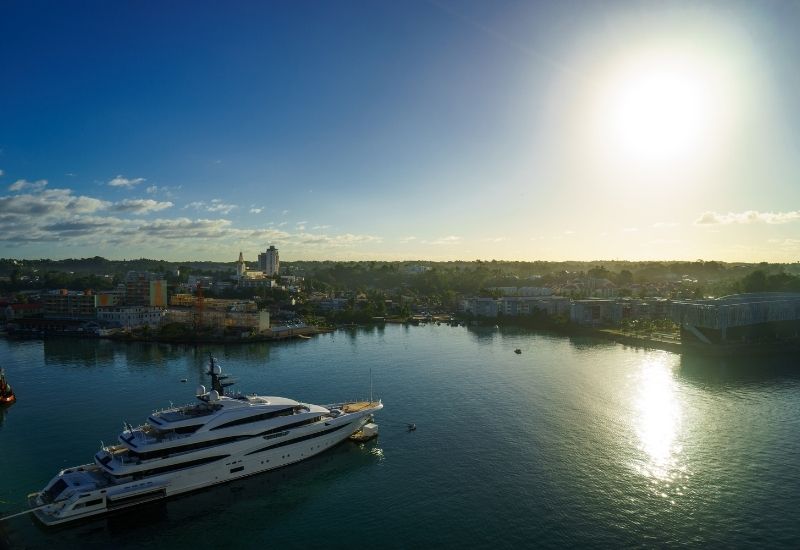 How do reach these three destinations?

The first distinction between Guadeloupe, Martinique, and Saint Lucia concerns their type of political administration. If the first two are in fact part of the French overseas territories, Saint Lucia is instead an autonomous nation.

This distinction greatly affects connections available to reach these locations. Travelers from Europe to Guadeloupe or Martinique are 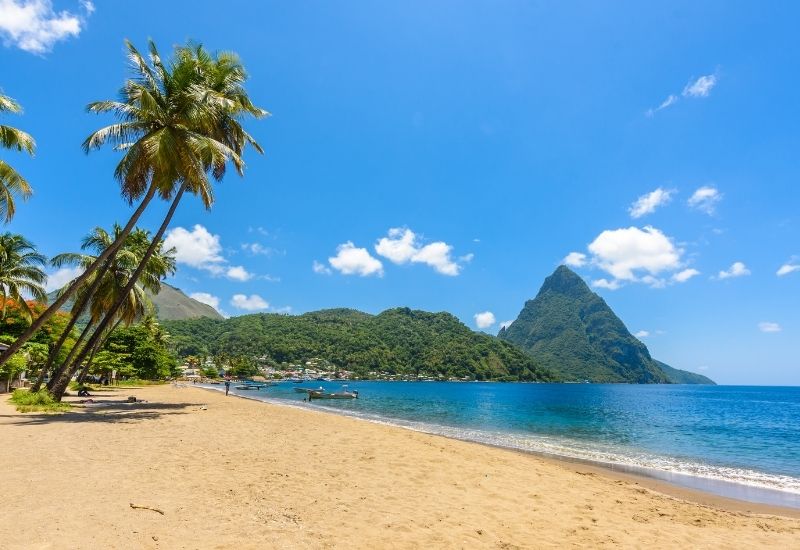 well connected through several direct flights to and from Paris. Pointe-à-Pitre international airport in Guadeloupe and Lamentin International Airport in Martinique are both very close to island capitals (Pointe-à-Pitre and Fort-de-France) and also allow direct air connections with North America as well as with the other major Caribbean islands. 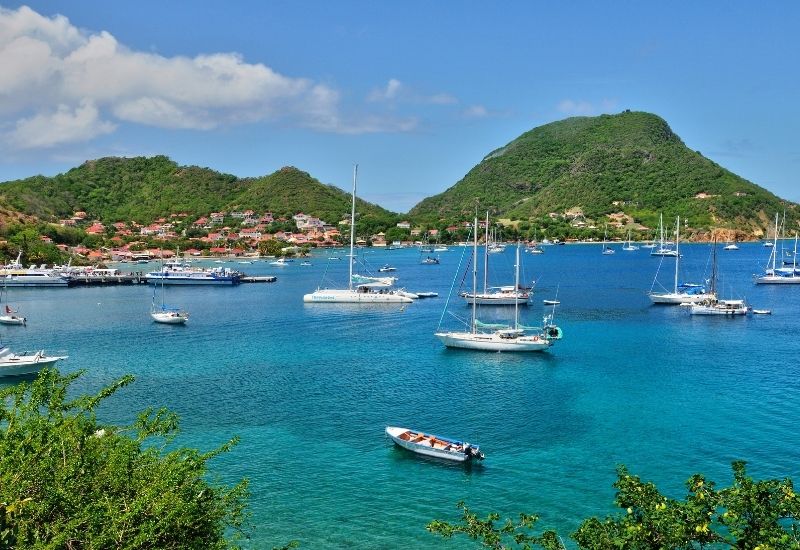 What peculiarities characterize each of these islands?

Probably one of the most popular Caribbean destinations, Guadeloupe offers a perfect balance between wild and unspoiled nature and magnificent beaches, among the most beautiful of the lesser Antilles. If you need an example, take a look at La Caravelle beach, a painted landscape with crystalline and turquoise waters, typical of the Caribbean Sea, and sand that gives different shades from pure white to golden.

This volcanic island of Martinique, on the other hand, has always been a mixture of different peoples and cultures resulting from different occupations that have followed one another over the centuries. The approximately 400,000 inhabitants have European, African, and Indian derivations with their own ways of life very rich in diversity and contradictions, but at the same time also joyful and very welcoming.

As we said, Saint Lucia is instead one of the eight independent Lesser Antilles islands and among its countless points of interest, you can’t miss the iconic Piton mountains. Located southwest, these two mountains have become the island symbol worldwide. Although roughly only 800 meters high, their triangle shape has become iconic and panoramic. If you are a trekking lover, you cannot miss a walk among their paths, winding through the jungle of these two peaks. 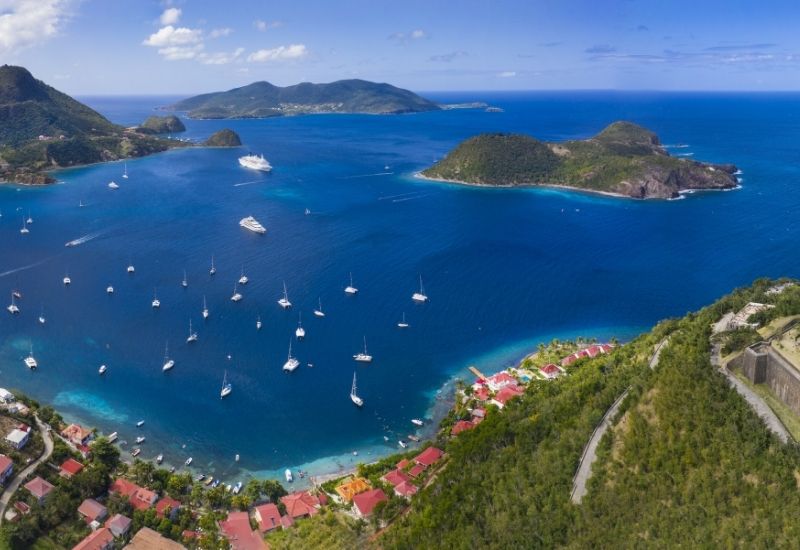 What marinas do the Lesser Antilles offer?

Guadeloupe is geographically and administratively divided into two different areas, Grande-Terre and Basse-Terre, which meet at Pointe-à-Pitre, the largest city on the island.

In the Grande-Terre area, the island’s eastern part, there is the Yacht Club de Saint François, located about 36 km from Pointe-à-Pitre and equipped with 50 berths. 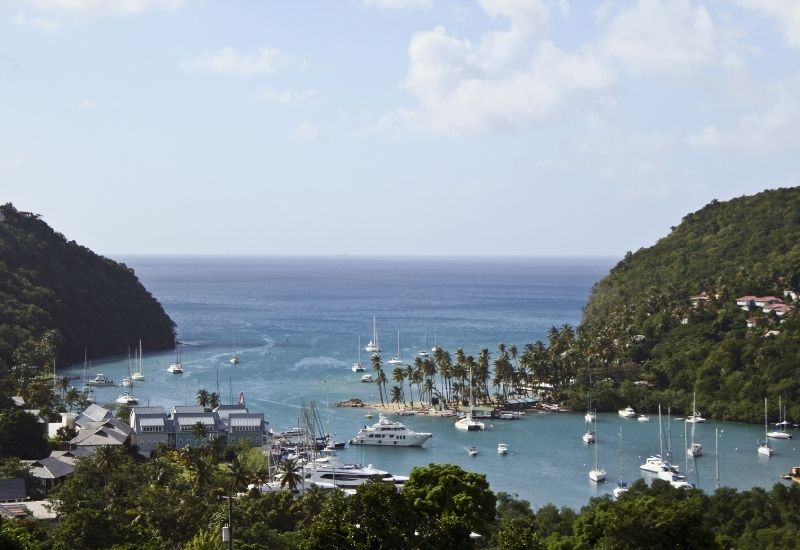 Marina du Marin, located in the south of the island, is the largest marina in Martinique and one of the largest in the Caribbean. It offers its customers 830 berths for boats up to 60 meters in length and a maximum draft of 4.8 meters. The property offers a complete package of services including restaurants, shops, and a team at your disposal 7 days a week.

There are two other small marinas, Marina Pointe Du Bout, located in Fort de France bay on the west coast, and Marina du Robert, on the east coast which however offers a limited number of berths for small boats. 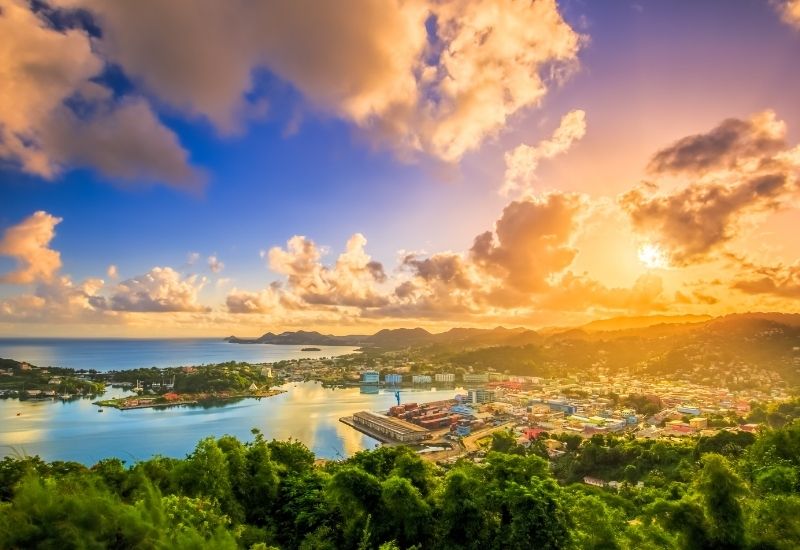 Three are the main tourist ports in Saint Lucia and are all located in the northwestern part of the island. Capella Marigot Bay Marina, near Castries, the island’s capital, is a luxurious port with 40 berths also for large boats, up to 85 meters in length.