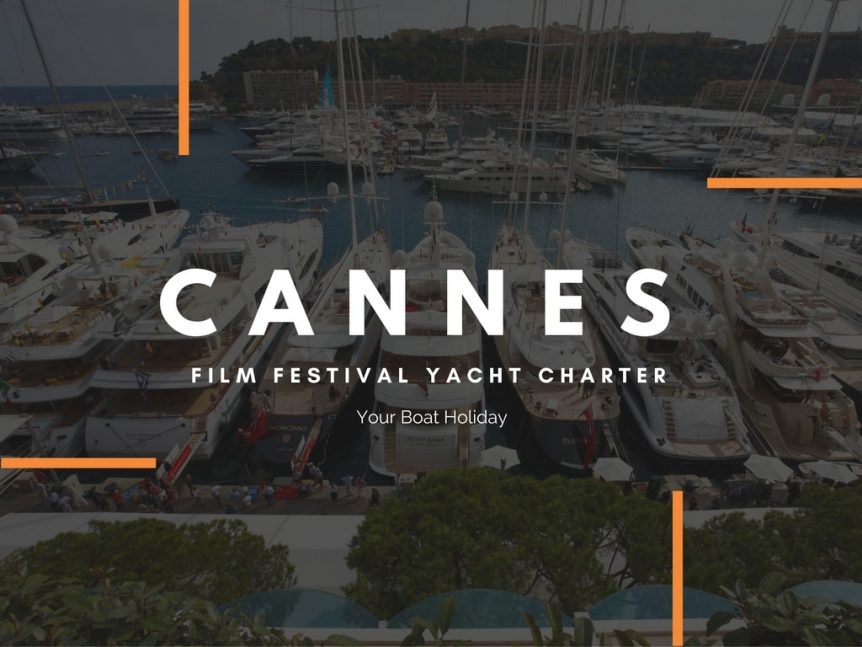 The Cannes Film Festival was born in 1946, the invitation only festival is held annually (usually in May) at the Palais des Festivals et des Congrès. On 1 July 2014, the cofounder and former head of French pay-TV operator Canal Pierre Lescure. The Board of Directors also made Gilles Jacob as Honorary President of the festival.

May 2016 the 2016 Cannes Film Festival took place between 22 and 11. I, Daniel Blake, directed by British director Ken Loach, won the Palme d’Or. In 2017, The Festival de Cannes will celebrate its 70th anniversary edition from May 17 to 28.

The Cannes Film Festival has its sources in 1932 when Jean Zay, the French Minister of National Education, on the suggestion of Philippe Erlanger and with the support of Americans and the British, set up an international cinematographic festival. In 1947, the festival was held as the “Festival du film de Cannes”, where films from sixteen nations were presented. At that time the rule of equality was introduced, with a jury made up of just one representative per nation.  The festival is now held in the Palais des Festivals, expressly built for the event, although for its 1949 inaugural the roof was bare and blew off during a thunderstorm. The festival was not held in 1948 and 1950 on account of budgetary difficulties. Cannes was transferred to spring to prevent a fall clash although its origins might be credited in part to the French desire to compete with the Venice Film Festival of Autumn, in 1951.

The Palme d’Or was founded in 1955, replacing the Grand Prix Festival which had been given until the same year. In 1957, Dolores del Rio was the first female member of the jury as an Sélection officielle – Member. Now it’s become the first international platform for film business.

In 1962, the International Critics’ Week was born, created by the French Union of Film Critics as the very first parallel section of the Cannes Film Festival. The next year, Olivia de Havilland was named the first female president of the festival.

The 1968 festival was stopped on 19 May. Some directors, such as Carlos Saura and Miloš Forman, had withdrawn their movies from the competition. The filmmakers attained the reinstatement of the President, and they founded the Film Directors’ Society (SRF) that same year. In 1969, the SRF, headed by Pierre-Henri Deleau created the Directors’ Fortnight, a fresh non-competitive section that programs a selection of pictures from all over the world, differentiated by the independent judgment shown in the choice of movies.

During the 1970s, significant changes happened in the Festival. In 1972,  the new President was Robert Favre Le Bret and the managing director was Maurice Bessy . He promptly introduced an important change in the choice of the active films. Until that date, the distinct countries selected which pictures would represent these in the festival. Bessy created one committee to select French films, and another for foreign pictures. In 1978, Gilles Jacob assumed the President position, introducing the Caméra d’Or award and also the Un Certain Regard section. Other changes were the decline of length of the festival down to thirteen days, consequently cutting down the variety of selected pictures; additionally, until that point the Jury was composed by Film Academics, and Jacob began to introduce celebs and professionals from the film industry.

In 1983, a new, much bigger Palais des Festivals et des Congrès was assembled to host the Festival.
Stars posing for photographers are part of Cannes folklore.
Its objective was to support the creation of works of cinema in the world and to lead to the entry of the brand new scenario writers in the circle of the celebrities. The Cinéfondation was completed in 2000 with La Résidence and in 2005 L’Atelier. The Festival’s Honorary President, Gilles Jacob, was named in 2000, and in 2002 the name Festival de Cannes was formally embraced by the Festival.

Cut party deals, and award the very best movies and accomplishment of the past year once annually in May Cannes becomes the center of the Entertainment World, as the movie industry congregates to see films on the French Riviera.

Yourboatholiday has yachts and boats Cannes Film Festival Yacht Charter needs for all – for events, amusement accommodation, or only a day cruise to get away from it all.

The proper program takes place in the “Palais des Festivals” – the main convention center in Cannes where there are many theatres showing movies nearly non stop for 10 days. The Palais is directly next to the Old Port of Cannes and itis a long standing practice use it to entice and entertain clients and to charter a superb yacht. It is rather an incredible website to see lots of the finest Super Yachts in the world’s lined up along the Jetée Edouard Albert, resplendent in the branding of the essential players of the film industry.

But yacht charter at the Cannes Film Festival is not limited to superyachts at the port. Exhibitors and Show Attendees book yachts for all sorts of uses – ranging from lodging (you are able to remain right next to the Festival Hall on a magnificent boat!) To amusement yachts for gatherings and parties of 10 to 1000! And don’t forget, the Cannes Film Festival happens around the same time as the Monaco Grand Prix – so you can prolong your stay and charter for two of the most glamourous occasions in the world!

As the whole of Cannes comes alive with the buzz of the world’s most powerful film festival, this iconic occasion consistently attracts the most prominent elite of the film world. Last year saw the film ‘Dheepan’ walk away with the acclaimed Palme d’Or, whilst the Oscar-winning Coen Brothers were joint heads of the competition jury of the festival. Highlights also included Michael Fassbender’s breathtaking performance in Macbeth and Tom Hardy -anticipated Mad Max franchise.

Enjoy your charter during the Cannes Film Festival and sail around Nice, Menton, Monaco, St Tropez, Montecarlo, Antibes and the other enchanting destinations of French Riviera.

As always, the film industry will turn to the exclusivity of a luxury yacht charter for the quintessential experience of the festival. Cannes is ideal for fulfilling customers as well as a corporate charter in the occasion – the greatest statement – makes an ideal stage for experiencing the week long buzz of parties, fine dining and above all, the Cannes allure.

SEND NOW YOUR ENQUIRY FOR YOUR CANNES YACHT CHARTER!