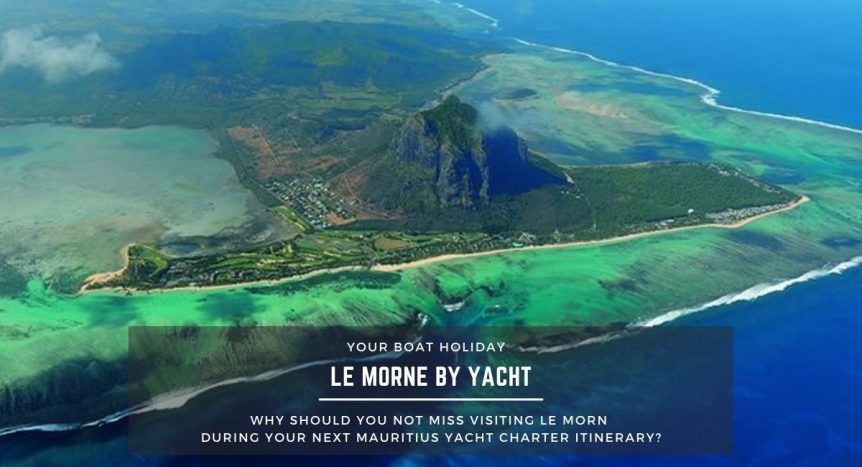 Why should you not miss visiting Le Morn during your next Mauritius yacht charter itinerary?

Those who think of Mauritius imagining only white beaches and crystal clear sea are observing only the tip of this island iceberg.

Just think of the over 900 plant species that populate the island to get an idea of ​​the exclusivity of these places.

Rainforests to get lost in, hiking trails to discover, botanical gardens to explore, and waterfalls to admire are just some of the various activities that the island can offer.

The offer, as we will see, however, is not limited only to nature to discover, sea and beaches: there are also mountains to be conquered!

Certainly one of the best destinations for all boaters looking for adventurous experiences, Mauritius means unique and sensational cruising opportunities, offering its visitors a huge choice of pleasure boats, both motor and sailing. 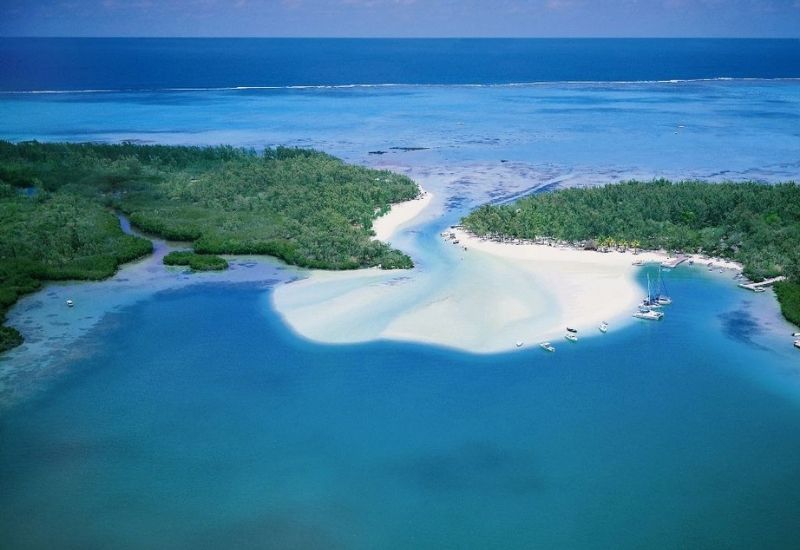 A mix of different peoples and cultures to discover

This beautiful island nation located in the Indian Ocean, off the coast of Madagascar, has been, since the first years after its discovery, a territory characterized by migratory flows imposed by the British and French dominations on peoples under their control. This has generated an incredible mix of cultures, languages, ​​and customs that have given birth to one of the most diverse and multi-ethnic populations in the world.

The main language spoken is Creole, but English and French are also widely used. 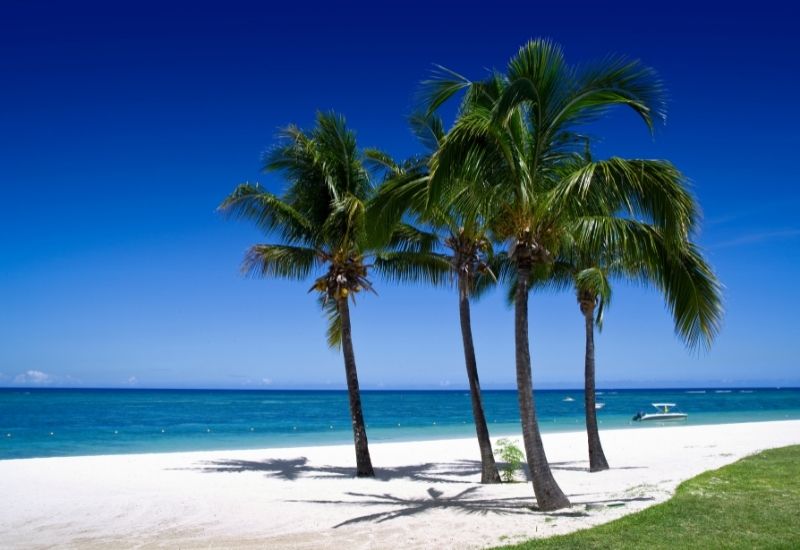 Mauritius has everything it takes to be considered a complete tourist resort: at sea, the island boasts, just a few miles from its shores, one of the largest coral reefs in the world, home to sharks, sea turtles, and fish of all colors and shapes.

On land, it is impossible to get bored with spa treatments, exotic culinary experiences, golf courses, and jungle trekking.

Speaking of trekking, today we talk to you about a fantastic, not very inflated excursion to the southwestern part of the island: Le Morne Brabant

This area of ​​the island is famous for its long white beaches and a dream sea. Few people know, however, that behind the splendid beaches starts a path that leads to the top of the great mountain that dominates the bay offering breathtaking views of all the neighboring islands, Le Morne Brabant, whose summit covers an area of ​​over 12 hectares. 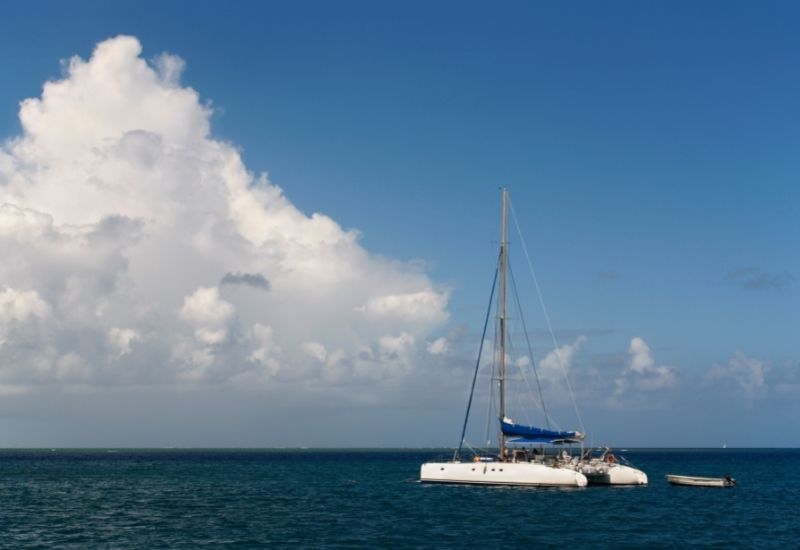 Where is Le Morne located?

The area is easily reached by setting sail from Port Louis (Mauritius capital) and sailing along the west coast in the direction of Riviere Noire, then continuing further south beyond La Gaulette and arriving at Le Morne which is located a few kilometers west of Baie du Cap.

Why is it worth sailing in Le Morne?

In the windy area of ​​Le Morne, you can breathe an ancient Mauritian atmosphere, hardly scratched by tourism, where that traditional, simple, and genuine soul that must have characterized the whole island before the advent of mass tourism still remains.

The wind makes the beach a kitesurfing and windsurfing paradise. The beaches are mostly private and accessible from hotels, but around 1/5 of the length is still open access.

The lagoon invites you to swim and it’s nice to go snorkeling. Le Morne is also famous for some excellent diving sites. Scuba diving enthusiasts can experience the thrill of an excursion to the gates of the coral reef, the so-called Pass, where you can meet numerous species of pelagic fish. One of the most famous sites is the Pass of Saint Jacques, where large sharks reside. 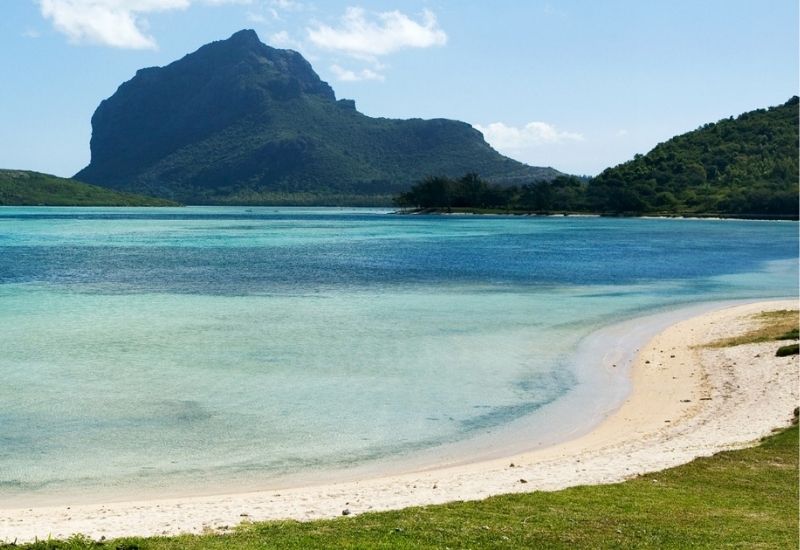 The sad story of this mountain (between history and myth)

Mount Brabant became infamous during the fight against slavery in the 19th century.

A group of slaves rebelled against their masters by taking refuge on the top of the mountain at 556 meters high.

The hiding place worked well until a police expedition ventured up the mountain to warn the fugitives that slavery was abolished but the latter, fearing instead of being captured again, threw themselves off the cliff, preferring to die as free men rather than live as slaves.

For this reason, the mountain became a symbol of the fight against slavery. 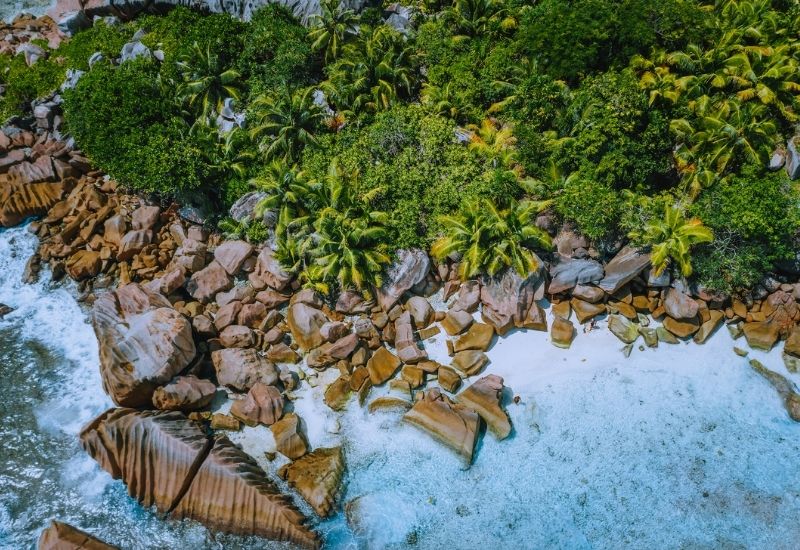 The path that goes up from the beach, between round trips, is about seven kilometers to the South View vantage point, a couple of hours of easy walking.

Before starting the walk, it is advisable to stock up on plenty of water, at least one liter per person.

Already after the first ascents, you begin to enjoy a magnificent view between the green of the lush mountain vegetation that contrasts with the white of the beaches and the thousand shades of blue of the sea surrounded by the coral reef.

When you arrive at South View, the first breathtaking panorama of Le Morne opens up.

From here, if you want to continue approaching the summit, you have to add another hour of walking but access is forbidden for those without ropes. Unfortunately without ropes, it is impossible to reach the summit as the walls become vertical in the last meters. For the rest, the course requires the right training but nothing particularly exceptional.

The effort to climb to the top is amply rewarded by a sensational view. The feeling you get when you are up there is that of being the masters of the world!

What yachts are based in St Martin?

The Best Italian Destinations by yacht