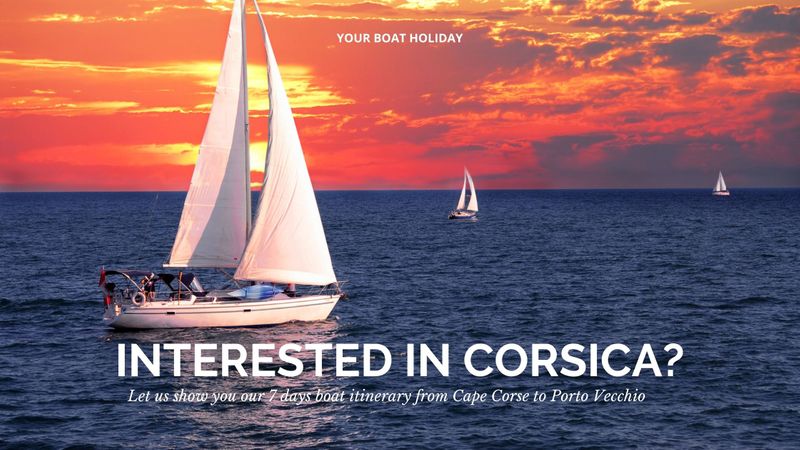 After years spent discovering the beauties of Sardinia, have you decided to change your destination? So why not just change the island? A few nautical miles away from Sardinia is another wonder to be discovered while sailing with your rental boat: Corsica.

CONTACT US NOW TO PERSONALIZE YOUR CORSICA BOAT ITINERARY

This french island-region has a lot to offer, both in terms of beaches and pristine sea, and because it is rich in history and traditions. Corsica is a fantastic island for a yacht charter, with unlimited combinations of itineraries for both sailing and motorboat holidays. 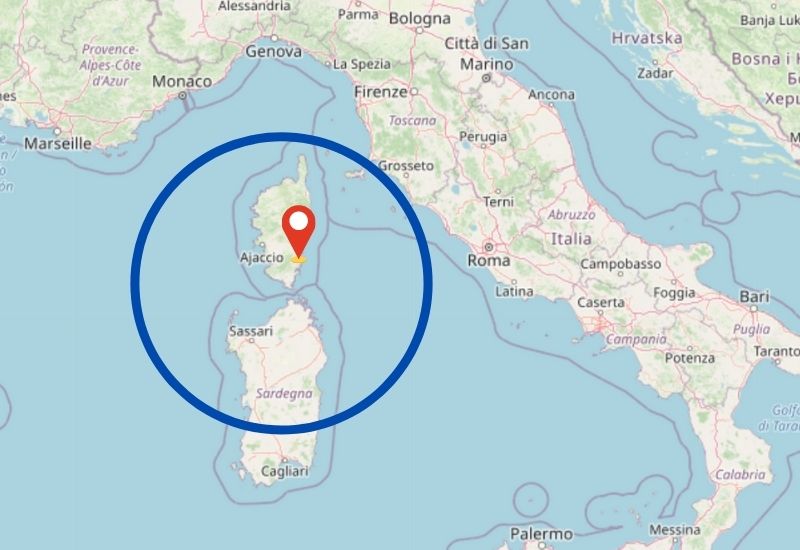 How to get to Corsica to start your sailing itinerary?

Obviously, if you are an adventure lover, you can sail to this island from the main tourist ports overlooking the Tyrrhenian Sea such as Saint Tropez, Cannes, or the Principality of Monaco. If, on the other hand, you are looking for something less demanding, there are 4 international airports operating throughout the year in Corsica departing from the main French and European airports: Ajaccio, Calvi, Porto Vecchio, and Bastia. About twenty scheduled and charter airlines connect Corsica all year round.

Where to start your 7 days boat itinerary in Corsica?

Assuming that we have arrived there by air, our trip starts near the island’s northern tip and precisely from the tourist port of Bastia.

This city is not only an excellent starting point but also a respectable tourist destination. Walking through its narrow streets, Bastia reveals itself to be an authentic city. Its cantilevered plan, colorful facades, and architecture make it a fascinating city with the look of Genoese cities. From the historic center to the Citadel, passing through the Jardin Romieu and its Old Port, don’t miss the opportunity to visit it.

We set sail from Bastia and headed first towards the north and then along the west coast of Corsica up to its extreme south:

The Cap Corse is one of the wildest places in Corsica, it will allow you to discover numerous splendid panoramic points, typical villages such as Erbalunga or Nonza, or, if you love trekking, to take beautiful walks along the famous path named Doganieri.

Along the Cap Corse, you will find several Genoese towers and the archipelago of Finocchiarola, 3 islands classified as a Nature Reserve.

For capacity, the island’s second tourist port after Ajaccio with its almost 1,000 berths, Saint Florent is often compared to Saint-Tropez as many tourists and some French and international stars spend their summer holidays here!

During your visit, in addition to taking a walk at the harbor, visit the narrow streets of the city and walk up to the citadel to enjoy a splendid view.

Saint Florent is also the main departure point for cruises to the Agriates desert.

The Agriates desert beaches are often ranked among the most beautiful in Corsica.

The Agriates desert is a natural site of 16,000 hectares located between the village of Saint-Florent and the Ostriconi valley, north of Ile-Rousse. This is absolutely not the classic desert with sand dunes, in fact here you will find exceptional wildlife and over 35 km of coastline.

Located in Upper Corsica at the north-west end of the island, in the Balagna region, the municipality of Ile-Rousse was known until 1848 with the Italian name of “Isola Rossa”. The origin of its name derives from the purple-red color of the porphyry rocks that formed the islets that make up the town.

The town of Isola Rossa has a marina with 450 moorings.

A little further south we find Calvi, a town known for its beaches and the crescent-shaped bay which hosts a 4.5 km long beach, bordered by a pine forest, which begins at the port entrance and extends along the entire bay.

Reaching Calvi, the first thing you will see is its large citadel perched on a rocky promontory. This imposing stronghold, consisting of 2 towers and 5 bastions, was built by the Genoese and was conquered by the French at the end of the 18th century.

Day 4 – From Porto bay to Ajaccio

Recognized as a World Heritage Site by UNESCO, the Gulf of Porto is an unmissable destination during a boat tour in these areas. Characterized by its red granite cliffs overlooking the sea, among the sites not to be missed are the Piana Calanques, the Girolata peninsula, and the Scandola nature reserve.

Founded by the Genoese in 1492, Ajaccio has around 65,000 inhabitants and is renowned for its historic center, golden beaches, crystal clear sea, and the characteristic promontories that surround it.

The historic center has the characteristics of the past Genoese cities with narrow and colorful streets, squares, white terraces, and typical markets.

Named Imperial City, Ajaccio is world-famous for being the birthplace of Napoleon Bonaparte.

In fact, there are many streets dedicated to him and to his businesses such as Cours Napoléon, rue du Roi de Rome, Viale del Primo Consul, Place Austerlitz.

During a visit to the city, you cannot miss a visit to his birthplace as well as the Giuseppina gardens (Napoleon’s wife).

The Gulf of Valinco is certainly one of the most fascinating Corsican regions.

It is nestled between the Ajaccio bay, located further north on the west coast of the island, and the far south. It represents the perfect combination of magnificent fine sand beaches and coves and perfectly preserved natural heritage.

Among the most characteristic localities, we find Propriano, an ancient city but renovated in the 90s which now offers a thriving marina and excellent beaches. Olmeto, a typical Corse small village characterized by numerous stone-built houses and a magnificent beach of fine sand: Olmeto Plage.

Another source of attraction is the famous Caldane baths. It is a natural source of sulfurous waters that spring at a temperature of 38 degrees hidden in the small village of Chialza.

A small village of just 2,600 inhabitants, Bonifacio is perched on a limestone fjord of incredible beauty and overlooks the famous “Bocche di Bonifacio”, the sea that separates Corsica from Sardinia.

Bonifacio has an important past told by churches, monuments, ancient buildings, and numerous historical testimonies dating back to 6,500 years ago.

Today Bonifacio lives mainly on tourism. Very lively in summer, it is full of typical bars and restaurants such as the famous “Fishermen’s Port” excavated in an internal cave. The most beautiful part of the town is its historic center, divided into the Upper Town and the Old Town and characterized by winding streets, squares, and churches overlooking the sea.

The coves scattered among its cliffs are countless. Among the many sandy beaches, we recommend those of Cala Longa and Palombaggia.

Rondinara beach deserves a separate note. With its shell shape, it is composed of fine sand and overlooks a turquoise and shallow sea. For many people, it is the most beautiful beach in Corsica.

From Bonifacio, briefly going up the Corse east coast, you finally come to Porto Vecchio, a very popular tourist town that has managed to build a refined destination image thanks to a well-kept historic center with elegant shops found especially along with with the beautiful Rue Borgo. Today this locality hosts an artistic and cultural heritage of great interest. Nevertheless in its surroundings is possible to find some of the most beautiful beaches of Corsica such as Santa Giulia, a beach surrounded by mountains and well sheltered characterized by fine sand and very transparent water, or the Saint Cyprien one, located about 11 km from Porto Vecchio and characterized by a golden sand long beach that stretches for a few kilometers.

Depending on your available time, you may now decide to head to another marine wonder, the La Maddalena National Park, a beautiful set of protected islands between Corsica and Sardinia. However, this is a matter for a future article!

If in the meantime you are feeling inspired, do not waste time and contact Your Boat Holiday for any kind of information on a sailing holiday in Corsica!

What is the Situation of the World’s Main Charter Destinations? Here is what we have discovered so far.

Are you Dreaming of a Romantic Getaway in the Seychelles? A Boat Itinerary from Mahe is the one for you!

Ready for a Dream Called British Virgin Islands? Jump on a Boat and Follow our Route from Road Town!

From Provence to Occitanie: Do you know the French Mediterranean coast? Find it out with a boat itinerary departing from Marseille!