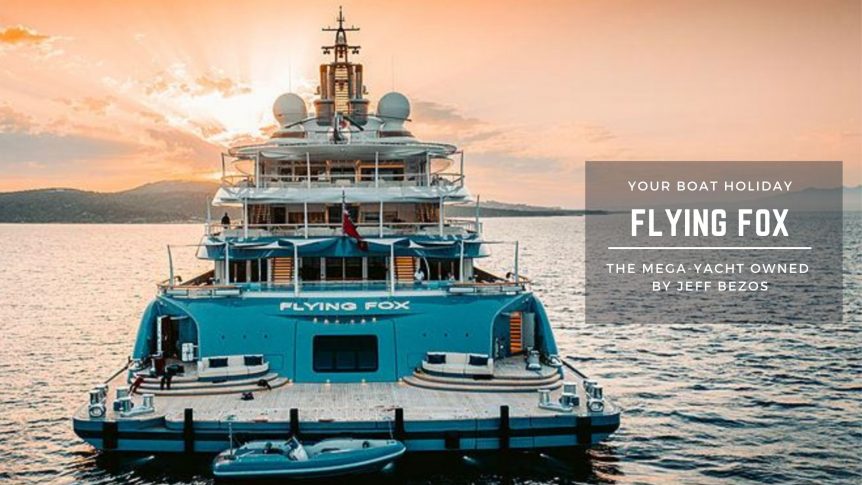 The Italian summer of Flying Fox, the imposing mega-yacht owned by Amazon’s number one, Jeff Bezos

Throughout the summer there were rumors that Jeff Bezos, creator of Amazon and one of the richest men in the world, was on vacation in Italy. What is certain is that the megayacht Flying Fox, owned by him, has been spotted several times in the Mediterranean Sea, more precisely off the Sardinia and Sicily Italian coasts. 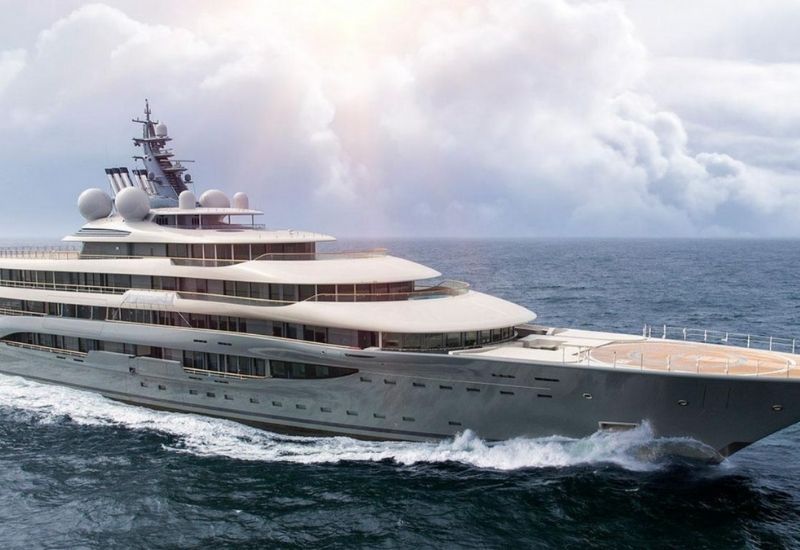 Who is Jeff Bezos?

For the few who don’t know him yet, it is right to make a premise and explain who we are talking about: born in 1964, Jeff Bezos is considered a pioneer of technology, a great American entrepreneur who was able to build a real empire based on Amazon. 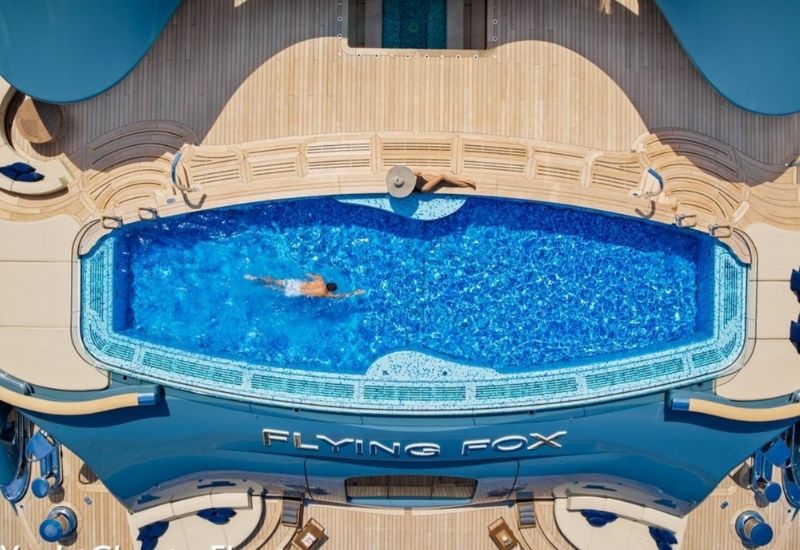 Driven from an early age by a passion for technology, he studied computer science and electronic engineering, then landed on Wall Street, where he worked as the vice president of an investment company. When he has already reached what seems to be a well-started career, he decides to quit his job and launch himself into the Amazon project around 1995. From that moment on, growth has been exponential, as in 1997, when Bezos and his associates decided to launch into the world of e-commerce presenting itself as an online alternative for shopping.

In 2013 he completed his affirmation in the world of economics with the purchase of the Washington Post, paid for an incredible 250 million euros. 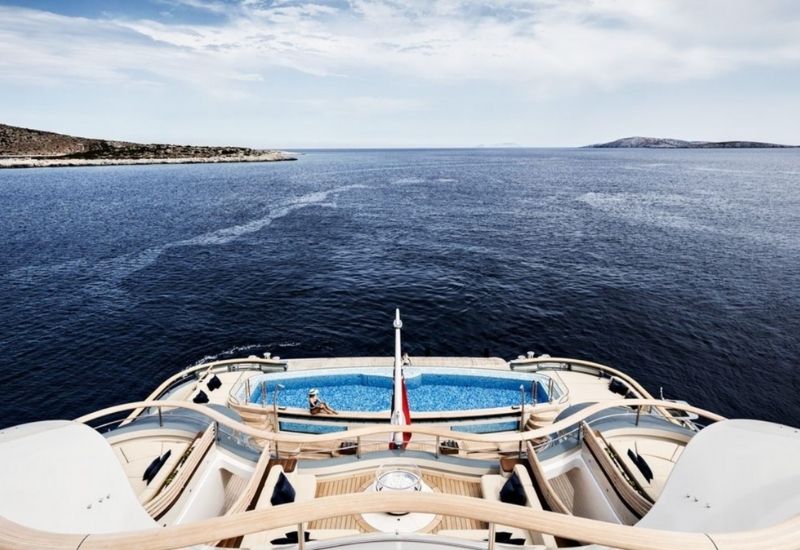 What kind of yacht is the Flying Fox?

Defining it as a luxury yacht, even if true, is an understatement for this boat.

According to the world’s largest yachts ranking, Flying Fox is positioned at number 20 while instead, it is the tenth-largest yacht built by the German house Lürssen, based in Bremen.

Flying Fox is a 136-meter-long motor yacht delivered in 2019. If it is true that size sometimes doesn’t matter, with a width of 22.5 meters, a draft of 5.1 meters, and a volume of over 9,000 tons, designers did not want to run the risk of going unnoticed.

About the project, the exterior design was entrusted to Espen Øino International, while the interiors were signed by Mark Berryman Design Ltd. 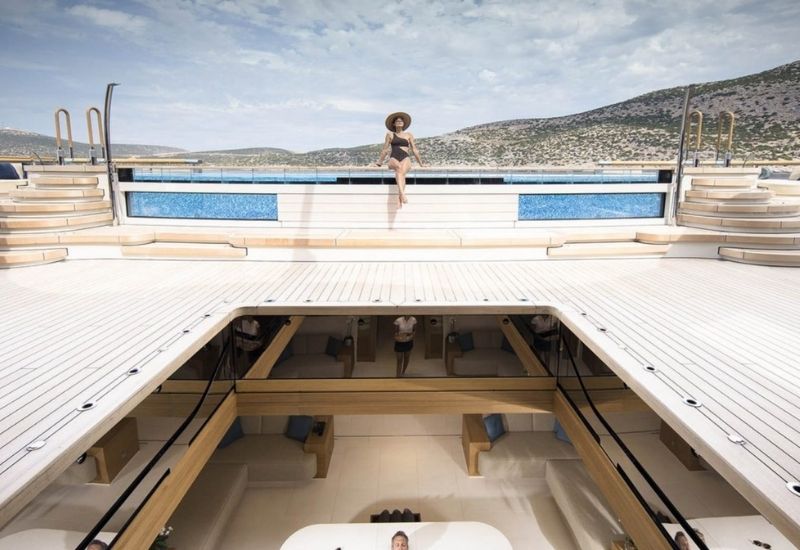 Up to 25 guests can be accommodated aboard the Flying Fox superyacht, which also can accommodate up to 54 crew members. The service onboard is therefore guaranteed.

Guests are split between 11 cabins, although calling them such doesn’t do them justice. These are luxurious mini-apartments studied in every detail. The master suite incorporates its own study and benefits from his and her bathroom. The remaining 10 are all top-notch VIP suites.

How much does it cost to rent Jeff Bezos yacht?

The cost for a charter aboard Flying Fox, the yacht of Jeff Bezos, is 4 millions dollar per week plus expenses. 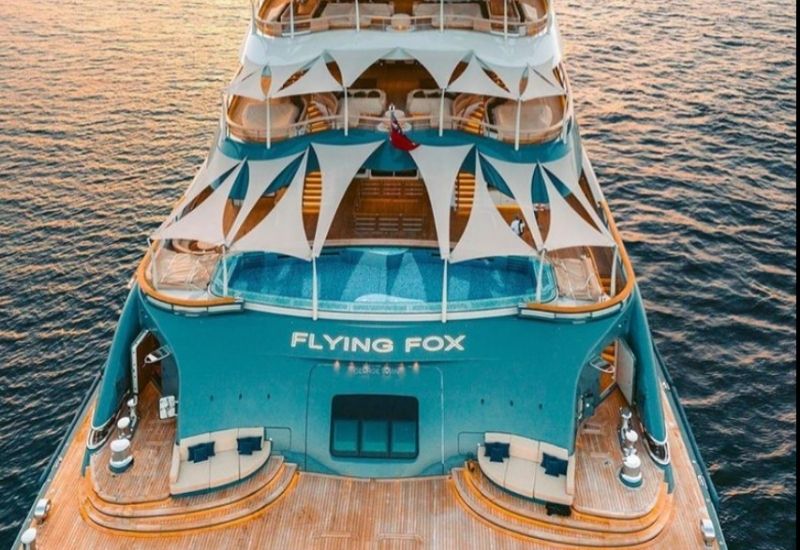 It is useless to list the countless comforts that can be found onboard.

Interiors, made of bamboo, teak, and oak wood, have space for a spa complete with a wellness center, sauna and steam room, a diving center with underwater lights, a real cinema, and even a lounge with a fireplace to relax after a “busy” day. All bridges are naturally connected with a comfortable and large internal lift.

The most sensational features, however, are found on the outside. On the main bow deck and on the upper aft deck there are not one but two helipads, while just above the aft beach club there is a beautiful swimming pool that covers almost the entire ship width. 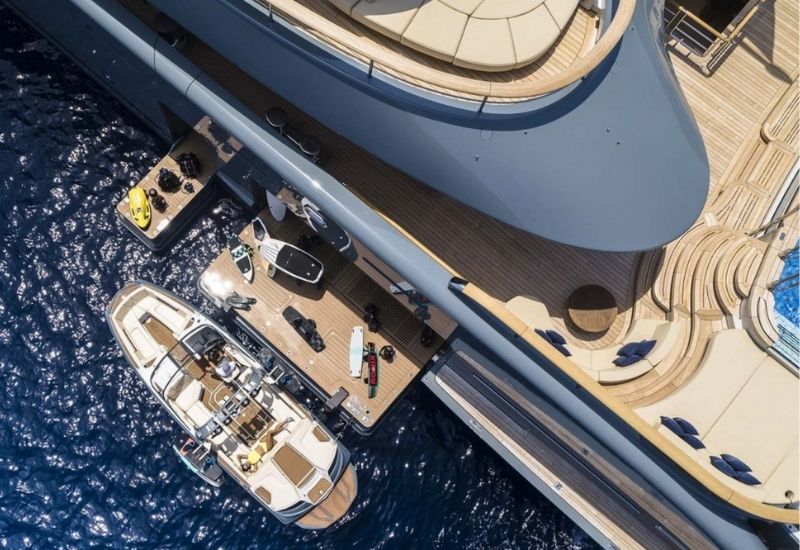 Built with a steel hull and an aluminum superstructure, Flying Fox offers greater stability at anchor thanks to its displacement hull.

It is powered by two MTU engines and sails comfortably at 15 knots but quickly reaches a top speed of 20 knots. Flying Fox is equipped with 682,500-liter fuel tanks that give it a range of up to 6,500 nautical miles at cruising speed. 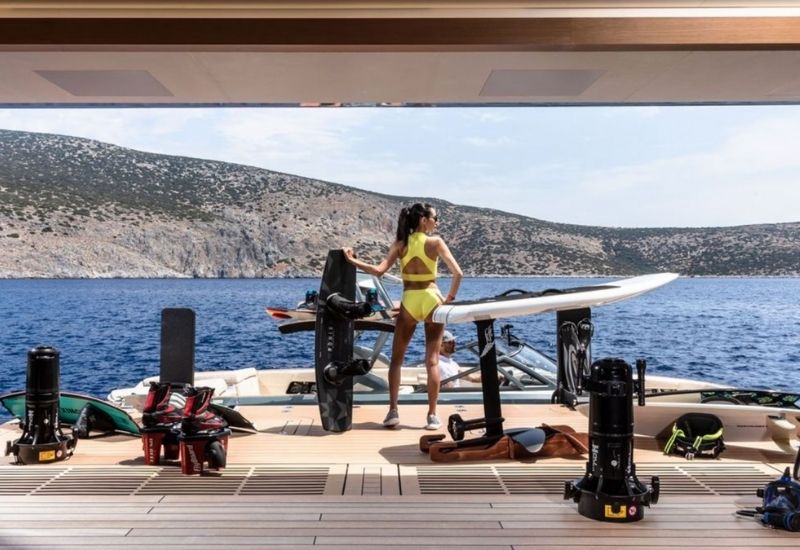 Where was Jeff Bezos’ yacht Flying Fox in the summer of 2021?

Bezos’ megayacht was spotted several times off the Italian coast this summer, attracting great curiosity from local and international media.

It is not certain who was on board, if the owner of Amazon himself or some other wealthy guest, as the stages and the route followed by the Flying Fox are not clear.

According to the various sightings that followed, it started from Nice, in France, would have sailed southwards, first touching the Aeolian Islands, then continuing towards Sardinia and Sicily where it was sighted in Balestrate, off the Palermo coast. Finally, head towards the Gulf of Naples and the Sorrento and Amalfi Coast. 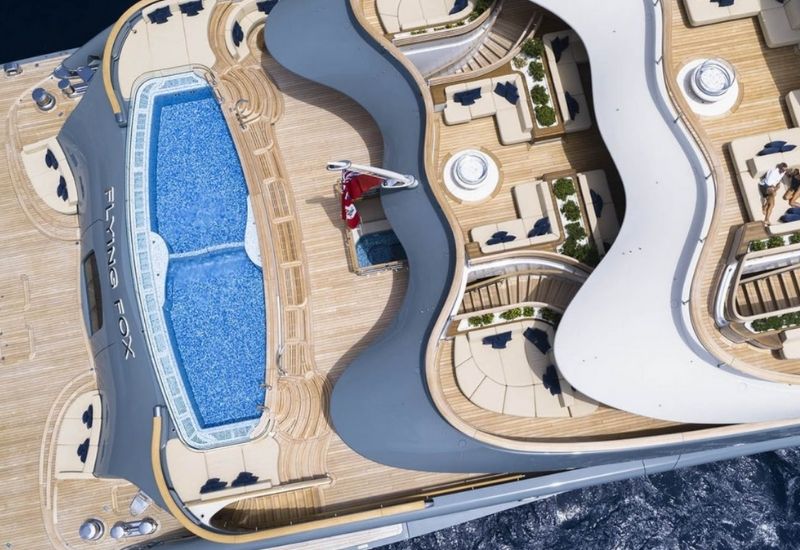 What if we want to rent Flying Fox?

We can safely say it: it is not a yacht for anyone. Flying Fox seems to have been bought by Jeff Bezos for a figure close to half a billion dollars!

Although it is a private yacht, it is nevertheless possible to rent it but at a monstrous figure: The company that manages the Flying Fox rents this sea jewel for short periods at a cost that is around three million euros per week! 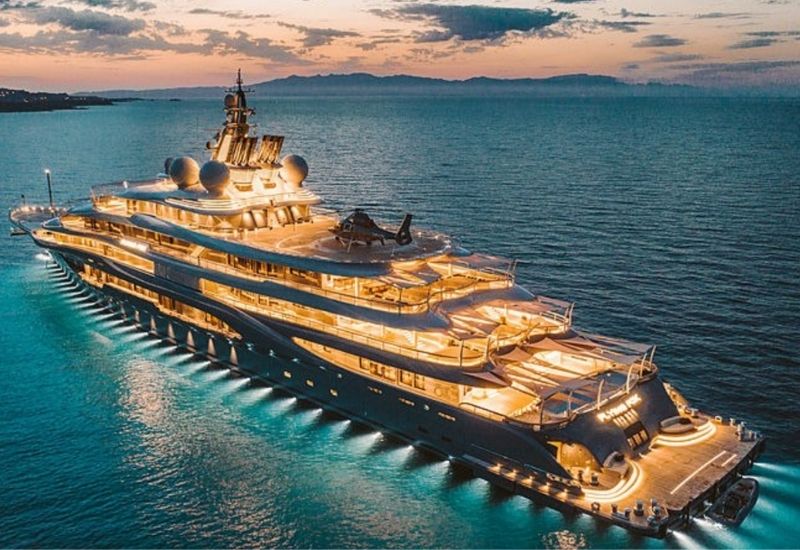