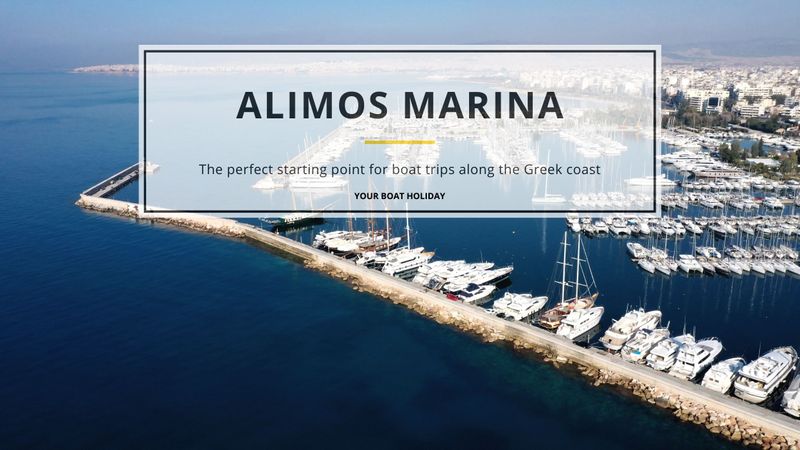 Among the numerous Greek marinas, Alimos is one of the most strategic when it comes to organizing tours and boat holidays in the Aegean Sea. Its geographical position, combined with a truly remarkable capacity of berths, make it a particularly popular port for yachtsmen who flock to the Greek routes in the summer months.

Although this is not in all respects a five-star marina, because it is open to all types of boats and lacking a level service, it makes up with easy access to the port and a great location near the capital Athens.

VIEW ALL THE BOATS BASED IN ALIMOS 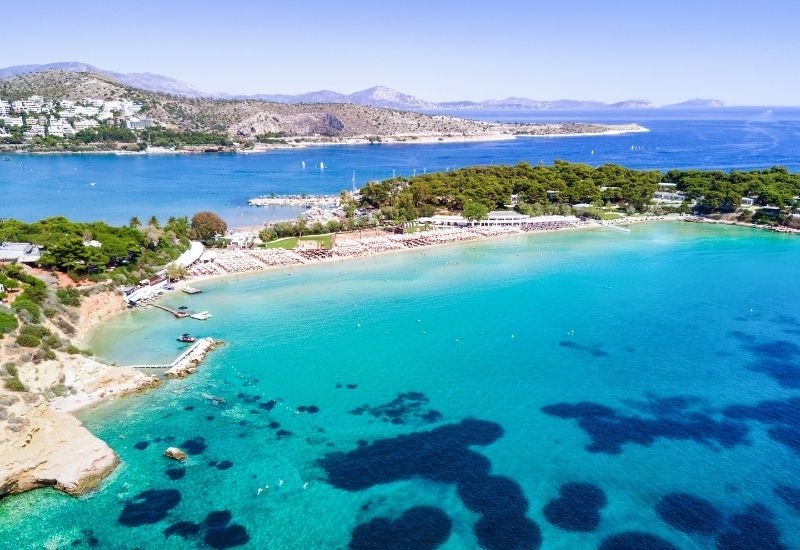 How to get to Alimos Marina

Alimos Marina is among the largest marinas in Greece. It has 1000 fixed berths on the quay and is one of the best-positioned ports because it is located in the southern part of Athens, a few minutes from the port of Piraeus, the largest port in Greece.

Its location is highly sought after by boat rental companies who have made it the ideal starting point for trips to this part of the Mediterranean Sea.

More precisely, Alimos is located on the southwest coast of the Greek Attica region and north-east of the Saronic Gulf. Its location is very convenient because it is 15 km from the center of the capital, 8 km from Piraeus, and 30 km from Athens International Airport. This facilitates the flow of tourists who pass through here to embark for the Aegean Sea. 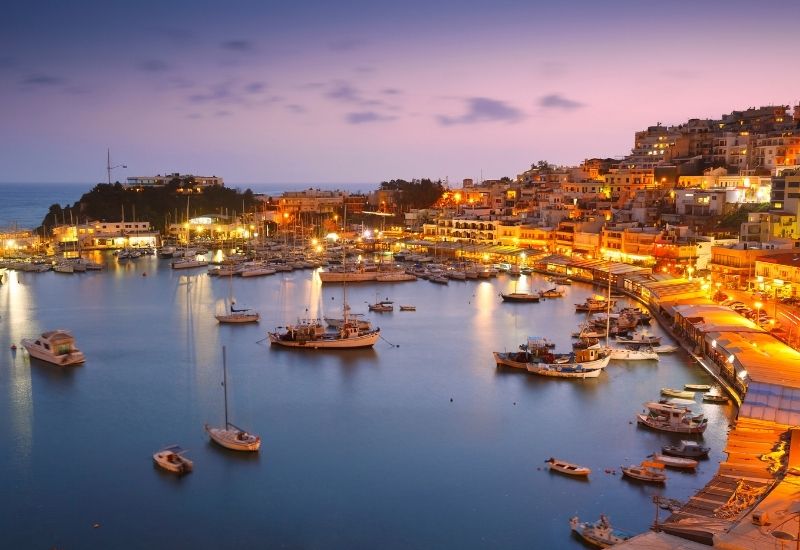 The characteristics of Alimos marina

A large amount of berths in this marina gives the certainty of always finding a free place to moor the boat. Alimos can receive boats up to 40 meters long even if the maximum depth near the quay is 6.5 meters, which is more than enough to accommodate even the largest yachts.

Some berths have access to water and electricity, there is ample parking where you can leave your car, radio service (channel 71 UHF), and showers with hot water and toilets. Unfortunately, there is no supermarket inside the marina, but one can be found not far from the port.

There are a few Greek and Italian restaurants nearby, some of which also deliver on board. Inside the marina, there is a snack bar instead. Finally, a fast-food restaurant is located just 10 minutes away on foot.

Approaching the Alimos marina requires some attention as this stretch of sea is the preferential lane to reach the port of Piraeus and is therefore beaten by hundreds of ships of any type every day. The advice is therefore to contact the port in time through the dedicated VHF channel and let them guide you. The entrance to the port is marked by lights.

Also not to be underestimated are the winds that generally blow from the north in this area and can also be relatively strong.

Access to the port is allowed 24 hours a day. 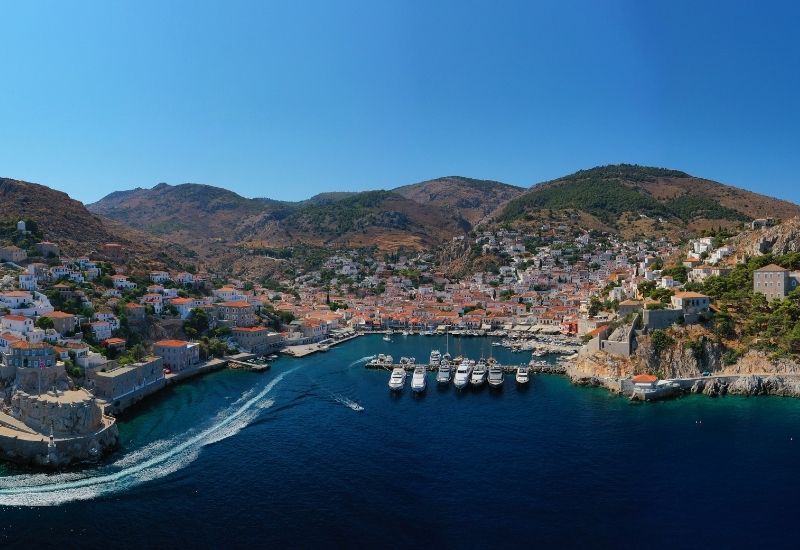 Once set sail from Alimos, there are many routes that can be traveled. Two of the most popular destinations are certainly the Saronic islands and the Cyclades islands. Let’s see briefly where they are and why it’s worth navigating to them:

The Saronic Islands departing from Alimos

This archipelago, less known than others, is located between the northeastern coast of the Peloponnese and the west coast of Attica. There are seven wonderful islands in the Saronic Gulf. Among them, we suggest Aegina, Poros, and Hydra. These islands share a very clean sea with enchanting coasts and a pleasant atmosphere given by very hospitable inhabitants.

Hydra: The atmosphere on this island is chic and refined and its fame has attracted celebrities such as Onassis and Sofia Loren. It is also defined as little Capri. However, despite its reputation, it is not an island for a few people. Its peculiarity is tranquility. Here cars can not circulate and you enjoy a much less hectic kind of life.

The ideal place for a peaceful break.

Poros: the verdant island on which, according to mythology, Theseus was born. It offers interesting artifacts from ancient Greece and a very rich archaeological museum. The sandy beaches of Mikro and Megalo Neorio are characteristic.

Aegina: it was a large ancient trading center. Sculpture experienced a significant development on the island and the famous Aeginian ceramic vases are still very popular today. The city of Aegina, the capital and port of the island, is an attractive neoclassical town with typical colored houses. 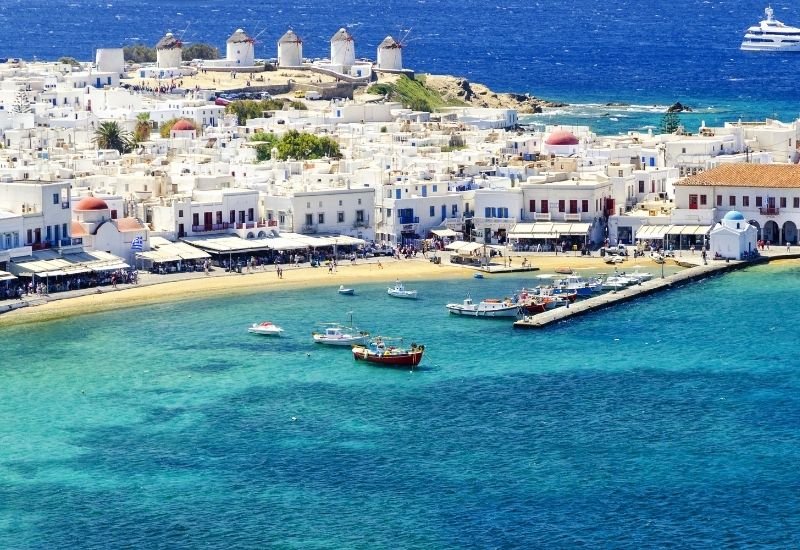 The Cyclades Islands from Alimos

The Cyclades archipelago is located in the heart of the Aegean Sea.

Among the best-known islands, we find Santorini, Mykonos, Paros, Naxos, Tinos, Milos, Amorgos, and Folegandros but if we were to count them all we would discover over a hundred islands placed to form a kind of circle as their Greek name indicates: Cyclades.

If you are planning to sail between them during July and August, be aware of the very strong north wind called Meltemi which blows these months.

If we had to choose which islands are worth visiting on a boat tour, our choice falls on the following:

Santorini and its white-walled and cube-shaped houses distinguish the two main cities, Oia and Fira. Two villages perched on top of the cliffs and overlooking a crater of an ancient underwater volcano. Watching a sunset here is a unique experience.

Paros means beaches, not only white but of all kinds, but also traditional villages and typical alleys where you can get lost among colorful shops and dine in the evening with fresh fish and beer.

Mykonos means parties during summer. On beaches like Paradise and Super Paradise, loud music plays. Its huge nightclubs attract famous international DJs and stay open until morning. If you have a party mood, you can’t miss it! 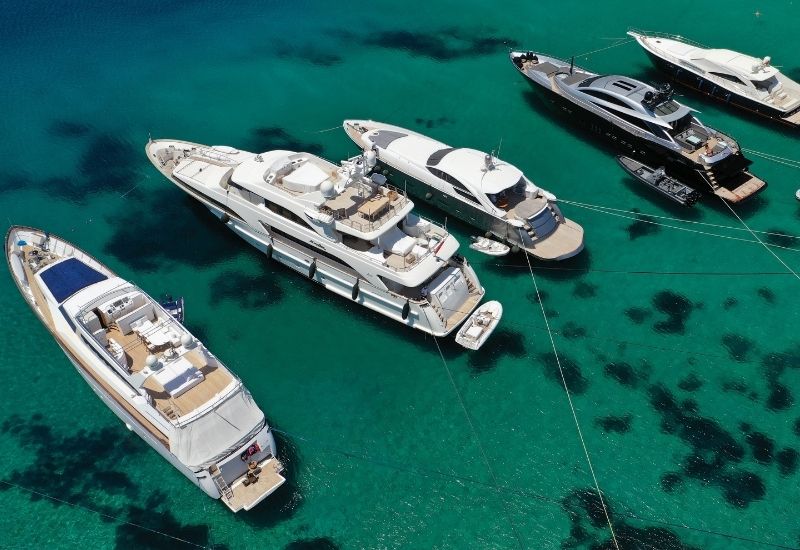 Norman Island: Discover the “treasure” island aboard a charter yacht!

SW100DS Far And Wide Sailing Yacht for Charter in Italy

Daniel Saulter
07:43 23 Oct 21
Our family had an excellent week on board M/Y Funsea, touring the Saronic Islands and Greek Coast. Amazing food, scenery, local culture as well as plenty of water sports. The crew were top-notch, great service, excellent menus and good advice throughout the trip. Thank you.

lars ahlgreen
14:00 27 Sep 21
BEST EVER.... we had an amazing long weekend aboard the Soleanis II, the staff was incredibly service minded and helpful, and the chef was just brilliant... so much we in fact cancelled onshore dinners plans in Capri and Positano. Giulia was super helpful and made sure we had a truly memorable trip.... definitely going with YOUR Boat Holiday again next summer